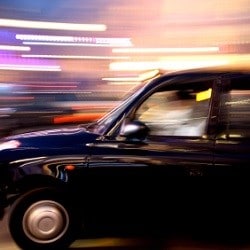 London: sought after location for start-ups

Tech is a key element of growth in UK legal services, while investment deriving from market liberalisation and alternative providers increasingly linking up with law firms will boost the lawtech sector further, according to a report by lobbying group TheCityUK.

Meanwhile, a parallel Law Society study of the UK’s lawtech performance compared to global rivals found that London is fast becoming a hub for innovative start-ups.

Although it still lags behind fintech – financial services technology – Chancery Lane said investment in companies trying to innovate is pushing lawtech to grow.

The CityUK report focused on legal services as a whole and confirmed that the UK remains the world’s dispute resolution w of choice. Total UK revenues from legal activities was £35.5bn in 2018 – most of it from the top-100 firms – second only to the US and 6% higher than the previous year.

It noted that some 700 alternative business structures are now regulated by the Solicitors Regulation Authority and suggested legal technology take-up would be enhanced by the advent of alternative legal service providers (ALSPs), which would “grow and partner with law firms, boosting technology adoption and strengthening client offerings”.

It explained that the UK was a good environment for growth: “It benefits from a highly developed legal market, a technology talent pipeline, a competitive tax system, a liberal regulatory regime and the recognition of the importance of innovation by government.”

It pointed to the Thomson Reuters study earlier this year that found approximately 40% of law firms are currently using an ALSP for at least one type of service.

It observed: “Opening up the sector to non-lawyers has helped law firms secure external funding.”

Also, the entry into legal services of the Big Four accountancy firms had brought added pressure, TheCityUK said: “As these market entrants evolve, law firms are having to consider whether to change their operating models.

Tech labs created by law firms, universities and others were largely responsible for the growth of lawtech.

It said uncertainty around Brexit should not affect its track record as an attractive legal jurisdiction.

The Law Society study predicted that investment in UK lawtech would increase from its current “embryonic stage”.

Although currently less mature than other fields of digital disruption, areas such as legal analytics, legal project management, governance and compliance, and especially contract management showed signs of growth.

The study found fintech was far and away the top focus of investment, followed by artificial intelligence. Lawtech and proptech had recently showed an uptick in funding interest and were “ones to watch”.

London was an especially attractive place for the global tech industry, the study found. At £2.4bn investment in tech across the board last year, the city put the next most popular capital, Paris, in the shade. It saw investment of just £565m.