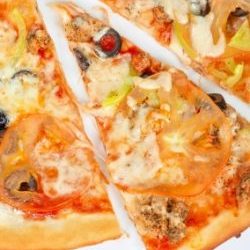 Slice of the action: ALSPs are small but growing in influence

Alternative legal services providers (ALSPs) “lag behind the leading law firms by quite a margin” in Europe, but their use of technology is “impressing clients”, a report has found.

Researchers said European corporate clients spent an average of 7% of their budgets on ALSPs – above the global average of 6%.

The Thomson Reuters Institute predicted that ALSPs were “likely to continue to increase their influence”, not just because of new technology but because of their “ability to deliver integrated professional services”.

Researchers said: “It may be tempting for European firms to assume that alternative providers will remain niche players in their home markets.

“Does this mean that the market for legal services will remain very local in Europe? No: innovations adopted or encouraged by global clients usually filter down into the broader business community.

“In our view, all firms should be ready for the changes in the way clients buy legal services.”

Researchers said the 7% of their budgets that European GCs were spending on ALSPs may “underestimate the impact” they were having, given that law firm themselves, especially in the USA, were also increasing their use of alternative providers, outsourcing services like e-discovery, legal research, litigation and investigative support.

“While this is often driven by cost considerations, in some cases firms recognise there is specialised expertise available in the ALSPs that they do not have themselves.

“Others, especially the larger firms, are setting up their own subsidiaries to operate as ALSPs in order to provide legal-related services.”

Researchers said a “key strength” of ALSPs was their multidisciplinary approach, which in-house teams were increasingly under pressure to adopt.

“For the largest clients this involves setting up teams of legal operations executives to oversee issues such as pricing, project management and technology.

“Some law firms have also added such specialists—often previously in inward-facing roles—to their client-facing teams, to match their client’s structure and bring a specifically business perspective to the relationship.”

Another strength of alternative providers was technology: “Continued pressure on internal legal departments to deliver more with less means that they are increasing the use of technology and automation in the drive to contain or reduce cost.

“For European respondents, this was the top priority in the drive for efficiency. And of course, throughout the business world, digital transformation is the new watchword as companies aim to benefit from the efficiencies and opportunities offered by data science and artificial intelligence.

“Through recent months, this focus on technology has expanded again—to how can we better use the tools available to us to drive collaboration and keep in touch.”

Researchers added that technology represented “both an opportunity and a threat” to law firms.

“Those that have innovated by investing in legal tech are best positioned to defend their roles as high-value advisors; they mirror their clients’ efforts to automate more routine work in order to focus resource on value-adding activities.”

The report also found that only a net 2% of European companies expected to increase their legal spend this year. “This means law firms can no longer rely on overall expansion of demand for growth,” it said.