Almost half of asylum seekers unhappy with their lawyers, report finds 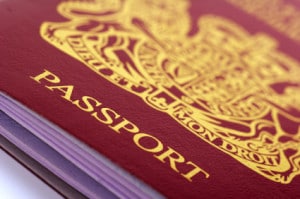 Almost half of asylum seekers are not satisfied with the service provided by their lawyers, a report for the Solicitors Regulation Authority (SRA) and the Legal Ombudsman (LeO) has found.

The report exposed some appalling behaviour by immigration firms, such as paying interpreters to recruit asylum seeker clients at ports and detention centres, but also some good practice.

In response, a spokesman for the SRA said it was investigating “further firms”, to add to those it is already investigating following referrals from High Court judges, who have condemned poor practice by immigration lawyers.

The research, by MigrationWork CIC, Refugee Action and the Asylum Research Consultancy, took the form of a literature review, analysis of existing data, an online poll of 117 solicitors and case file reviews by Joe Wilding, a barrister at Garden Court Chambers.

As well as interviewing 45 high street solicitors and 47 other providers, researchers spoke to 123 asylum seekers.

Almost half of those asylum seekers (46%) said they were dissatisfied with the service provided by their lawyer. Half were satisfied, with the rest unsure.

A large minority of solicitors, 40%, failed to explain the key roles of advice worker, solicitor, interpreter and judge in the legal process, while 51% of solicitors failed to help asylum seekers get evidence in support of their case, such as medical reports on injuries.

Nearly three-quarters of asylum seekers (72%) did not know they could complain about their solicitor if they were not satisfied.

Despite most solicitors being able to offer payment by instalments, the report exposed evidence of a ‘lower’ end of the market, where “providers are perceived to offer desperate people (who may have been failed for legal aid on merits or who are in prison) a paid-for service of dubious value and sometimes what appears to be deliberately obfuscated costs”.

Researchers said “one important determinant of the market” was that immigration advisers without a legal aid contract did not have to be accredited to provide advice.

On interpreters, asylum seekers “provided evidence of poor quality, including interpreters who speak the wrong language”.

Refugee support organisations also told researchers about “a potentially concerning practice of solicitors using interpreters to approach asylum seekers at ports and outside detention centres in return for financial remuneration and promise of further work”.

On good practice, the report said many examples could be classified as effective communication, including additional face-to-face meetings and using texts for updates, client-care letters and written reports of meetings.

The SRA highlighted lack of awareness and understanding of the process by asylum seekers, lack of knowledge by their advisers of the specifics of the case and the law, and concerns about the competence of solicitors undertaking appeals.

The regulator promised to carry out further “thematic” research by the end of the year. The SRA said it was investigating a “number of serious allegations and issues”, both the “broad competence issues” raised by the report and concerns about law firms who had made meritless applications for judicial review.

Paul Philip, chief executive of the SRA, said: “In response to this study and additional evidence, we are now investigating some firms.

“This is a sensitive and complex area of law and we need to better understand how it is working in practice, and that is why it is right to commit to an in-depth study. Asylum seekers requiring legal advice and support are particularly vulnerable and may be fleeing torture, imprisonment and death.”

When the study was announced, the SRA originally planned to publish the report by the end of 2014. A spokesman explained: “It was a highly complex piece of work and took longer than anticipated. There were other people involved in the project and some of the research involved vulnerable consumers who do not speak English as a first language.”