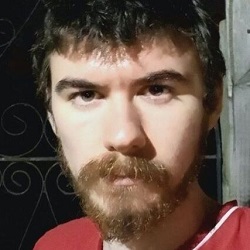 An alleged far-right extremist accused of attempting to launch a terror attack at a solicitors’ firm will stand trial next March, a judge decided last week.

Cavan Medlock, 29, is charged with preparing an act of terrorism by researching Duncan Lewis Solicitors with the intention of killing an immigration solicitor.

He allegedly visited the firm’s offices in Harrow, north-west London on 7 September 2020, carrying a large knife and handcuffs as well as Nazi and Confederate flags.

During the attack, he allegedly threatened a receptionist with the knife, threatened to kill a solicitor and abused staff because of their racial or religious background.

Mr Medlock is also charged with threatening with a bladed article in a public place, causing racially aggravated alarm, battery, harassment or distress and making a threat to kill.

He did not attend a hearing at the Old Bailey last week as the Recorder of London, Judge Mark Lucraft, remanded him in custody in his absence ahead of his trial on 7 March.

The trial will be heard at Kingston Crown Court.

Meanwhile, a man was last week jailed for life for the murder of a former Crown Prosecution Service (CPS) solicitor.

At Preston Crown Court, David Iwo, 24, of no fixed abode, was told he must serve a minimum of 33 years in prison before he could be considered for release for killing Martin Decker, 69, at his Wirral home in March.

Police were called to the property on a Sunday afternoon by a relative and they discovered the body of Mr Decker on arrival. He was pronounced dead at the scene. David Iwo was arrested by officers in London, where he had fled after the murder.

A post mortem revealed Mr Decker died of a severe blunt force head injury and Iwo stole his mobile phone, jewellery and other personal possessions. Detectives viewed hundreds of hours of CCTV footage in order to trace Iwo’s movements from Liverpool to London.

Mr Decker was with CPS Mersey Cheshire from its inception in 1986 until he retired in 2012. A senior lawyer, one of his key roles was his involvement with the Unity team in Merseyside – the first of its type.

It brought together CPS rape and serious sexual offences lawyers and the police in one location so that they could work alongside each other on this type of offending.

“The news of his death shocked and saddened so many of his former colleagues and we have offered support to those who may have felt they were struggling.

“The Crown Prosecution Service works, day in and day out, to bring the perpetrators of these dreadful crimes to justice. But to find one of our own lawyers had been a victim of such a brutal crime was doubly shocking.

“The guilty plea of David Iwo a month before the trial has, thankfully, saved Mr Decker’s family from the ordeal of that. Our thoughts remain with the family and friends of Mr Decker at this very difficult and tragic time.”