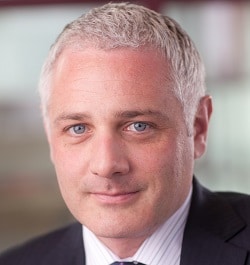 There was surprising unanimity yesterday in support of the Ministry of Justice’s (MoJ) decision to delay implementation of its whiplash reforms by a year to April 2020.

The Association of British Insurers (ABI) expressed relief that the government had not accepted the justice select committee’s recommendation to lower the proposed new small claims limits for personal injury claims to £1,500.

But James Dalton, its director of general insurance policy, added: “Getting the implementation of these reforms right is absolutely critical if the system is to deliver fairer outcomes for claimants and millions of motorists, so it is sensible to delay implementation until April 2020.”

Deborah Newberry, head of corporate and public affairs at defendant firm Kennedys, said: “We are pleased to see that the government intends to implement extensive user testing to ensure that the online platform is fit for purpose to accommodate an increase to the small claims limit for personal injury claims.

“It is absolutely right that the implementation is done properly – and as part of a package of reforms – rather than quickly and on a piecemeal basis.

“As it now seems likely that the Civil Liability Bill will pass later in the year than previously anticipated, the most sensible approach will be to ensure that the related measures are co-ordinated.

“It would also seem logical to ensure that the Ministry of Justice has before it the evidence submitted for its post-implementation review of part 2 of the LASPO Act, to help provide further context to the current reform measures.

“Collectively, one of the most important aspects to this is providing certainty to all interested parties – especially those compensators who will need to make operational changes to their claims handling processes to accommodate the changes.

“Anything that helps to provide more certainty to this area of the sector is welcome news at this point.”

Opponents of the reforms said the MoJ had many more questions to answer, however.

Andrew Twambley, spokesman for the Access to Justice campaign group, said: “Creating, testing and implementing new user-friendly technology to deal with injury claims is enormously complex, and the government’s IT track record is dreadful.

“Ministers have yet to explain why a computer, built and administered by insurers, is better bet for injured people than a legal professional who is 100% on the side of that injured person. The MoJ has again ducked this question in its response to the select committee.

“The MoJ and the ABI have been fixated on the savings to be made from taking lawyers out of the claim, but have woefully underestimated the complexity of the planned online replacement, which is potentially going to be more expensive and increase fraud, rather than reduce it, because it will open the way for disreputable claims management companies to replace lawyers exiting the market.

“There is still no solution for minor RTA claims where there is no admission of liability, meaning hundreds of thousands of injured people will fall out of the portal, and need an alternative. Ministers need to urgently address how they intend to deal with contested claims, and how this will be paid for.”

Mr Twambley said the delay would also give more time to implement the recommendations of the Insurance Fraud Taskforce, and prepare the legal expenses insurance market for the changes.

But he insisted that there were “better ways to balance the rights of injured people with the laudable aim of reducing fraud” than the current proposals, adding: “We are confident that MPs will listen when the Civil Liability Bill returns to the Commons late this year.”

Shirley Woolham, CEO of claimant firm Minster Law in York, said: “It is critical that all sides focus on delivering a good customer outcome that ensures claimants feel the justice system is working for them…

“Minster Law is piloting its own IT-enabled claims journey, and our experience to date is that technology can play an important role in getting the right result for our customers, but we still see legal experts being a key part of the process.

“Combining technology and legal experts can save money and improve the customer journey, and we believe this is the right approach for the post-reform world.”

Vidisha Joshi, managing partner of London law firm Hodge Jones & Allen, urged the MoJ to use the delay “as an opportunity to take stock, properly examine this data and the impact on innocent people who need advocates to act in their best interests and call the insurers out on their misleading information about the so-called ‘claims culture’”.

Qamar Anwar, managing director of marketing collective First4Lawyers, said: “This is the latest twist in what has increasingly become a farcical process.

“While we fully welcome extensive user testing to what is going be a fundamental change to how whiplash claims are handled, we cannot ignore the language of the response which very much suggests the proposed reforms are now considered by the government to be a done deal.

“Will there be any meaningful debate held in the House of Commons now?”

The reforms and what they mean for the PI sector will be debated at our PI Futures conference on 18 September in Liverpool. Early bird tickets are only available until Friday. Click here for all the details.