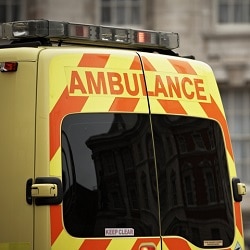 Paramedics: Act of kindness towards solicitor

A male solicitor convicted of sexually assaulting two female paramedics while drunk at 8am has been struck off.

David Marriott, who was not practising at the time, was sentenced at Leeds Crown Court last December to eight months in prison, suspended for 12 months, and was placed on the Barring List for 10 years.

On the morning of 25 June 2018, Mr Marriott was reported as drunk in the middle of the road and was attended by two female paramedics.

According to an agreed outcome put before the Solicitors Disciplinary Tribunal, he did not need hospital treatment and the paramedics drove him home in act described by His Honour Judge Mairs “as an act of kindness”.

“The respondent then went into his kitchen, made various remarks to Paramedic B, including that he was a dangerous man and didn’t care. The respondent put his arm around Paramedic B who walked away.

HHJ Mairs described Mr Marriott’s conduct as “gratuitous, needless, offensive and disgusting”, although in sentencing the judge considered that there was “strong personal mitigation” due to the considerable steps Mr Marriott had taken to tackle his alcoholism following these events, including attending rehabilitation and refraining from drinking from July 2018.

In his mitigation, Mr Marriott said he felt “guilt, shame and remorse as a result of his actions and the impact they had on the paramedics”.

He said he had been an alcoholic for many years, “albeit one who was in denial”, and on the day the assaults were committed, he had drunk two bottles of wine before 8am and was attempting to travel so that he could sign on for Jobseekers’ Allowance.

“The respondent accepts that his drunken state was no excuse for his actions.”

The SDT said that, whilst the misconduct “may well have been initially spontaneous, it was repeated in respect of a second victim”.

It also found that he breached his duty to report his conviction to the Solicitors Regulation Authority.

The SDT accepted that this was “an isolated, albeit serious, event”, but concluded that “the misconduct was so serious that the protection of the public and the reputation of the legal profession required [Mr Marriott] to be struck off the roll of solicitors”.