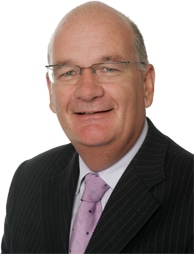 LHS’s senior partner said he was “flattered” to be chosen by Abbey and would pursue a programme of growth.

AIM-listed Abbey, which already employs more than 60 solicitors and barristers in its legal advice call centre, said the six-partner, 18 fee-earner practice, has “an excellent loyal and local following” and praised its specialist regulatory department as “a market leader in its field”.

Under the deal, in which Abbey acquired a controlling interest in LHS and becomes its “new corporate partner”, all the firm’s partners, including co-founders Ian Lewis and Graham Small, will remain at the firm.

Abbey, which received its ABS licence in December, has been clear about its strategy for some time. Becoming an ABS is allowing it to scale up its call centre to provide a wider range of commercial litigation services beyond those covered by insurance.

Abbey Legal Services (ALS) – which provides the legal help and currently deals with 290,000 calls a year – is essentially becoming another of the company’s panel firms, to which legal expenses insurance policyholders might be directed. ALS will just be one option and other law firms will remain on the panel.

Further, ALS is seeking to offer its wider service range through some of the affinity clients, the biggest of which is the Federation of Small Businesses.

The final arm of the ABS plan was an equity investment in a law firm to give ALS access to expertise in areas of practice which it does not initially want to resource in-house.

LHS, a limited liability partnership founded in 2007 by former Rowe Cohen partners, was granted its own ABS licence this week, effective immediately.

LHS describes itself as a “full service commercial firm… with a national and international client portfolio”. In 2011 it launched an online service, lawforlawyers.co.uk, aimed at providing outsourced services to ABSs, small and medium-sized law firms who were “facing increasing regulatory and business burdens”. It offered “business consultancy packages, representation, advice and training” covering a variety of subjects.

Chris Ward, Abbey’s group managing director, said: “We have worked with LHS for a number of years… throughout the time we have worked together, it has been with a mutual understanding and dedication that puts the client first.

“Developing a new breed of legal service which will put the client at its heart has been a long-term strategic priority for Abbey Protection and we believe that with our investment and support, LHS will be able to continue to deliver the specialist, independent legal support that its clients deserve – and help us develop new and exciting legal markets for the future.”

Mr Lewis, LHS’s senior partner, said: “This transaction is an enormous step forward for LHS as it positions us well to take advantage of the opportunities that are constantly arising in this new legal world.

“We intend to grow the business and move forward together with a strategy that would be impossible for us without external investment and support. We are flattered that Abbey Protection chose us and see this as a reflection of the principles that LHS have adhered to both to clients and to its loyal and dedicated employees.

“We are particularly proud that Abbey Protection have decided to continue to use the name and goodwill of LHS.”