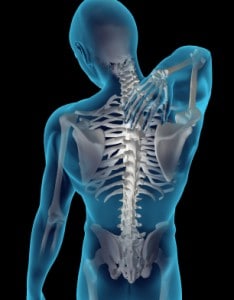 Liverpool law firm Silverbeck Rymer is set to become the first legal practice acquired by a listed company, it was announced this morning.

AIM-listed Quindell Portfolio plc – a “brand extension” company and a provider of consultancy, software and outsourcing to a range of markets – is to spend £19.3m on the leading personal injury firm, subject to approval from the Solicitors Regulation Authority of its application to become an alternative business structure.

The pair are to partner in providing “a joint outsourcing offering to the UK insurance claim market, in particular the area of personal injury”. Quindell has also recently purchased leading medical reporting agency Mobile Doctors.

Quindell said it worked with Silverbeck Rymer during 2011 “to develop a market-leading proposition for both the direct market and as a partner to any major brand”. Silverbeck Rymer – which handles 22,000 claims a year – already provides “a significant volume of business” to Quindell’s insurance outsourcing operations.

The proposed acquisition will be satisfied by £10.25m in cash and the issue of up to 120.8 million Quindell shares, which will be subject to lock-in arrangements ranging from 12 to 36 months.

The statement said: “The group has recently been offered a number of opportunities to raise additional debt in order to facilitate its expansion plans and the enlarged group is expec

ted to have sufficient facilities, coupled with internally generated cash, to meet the cash payment.”

In the year to 30 April 2010, Silverbeck Rymer, which has six partners, reported profits before tax of approximately £6 million, and has net assets of around £8m.

Clearance from the SRA is expected to take “a number of months”, and Quindell has been granted the exclusive right to acquire Silverbeck Rymer until 31 December 2012.

Rob Terry, the chairman and chief executive of Quindell, said: “We are delighted to have reached an agreement, which represents a significant opportunity for everyone involved. Quindell will provide Silverbeck Rymer with the opportunity to grow through giving access to the group’s industry contacts and technology expertise, whilst partners and shareholders can share in the benefits of participating as holders of Quindell’s equity.

“Silverbeck Rymer is a robust business and performs well in its own right. However, the combination of Quindell, Silverbeck Rymer and Mobile Doctors together represents a significant opportunity for us to address the issues faced by the insurance industry within one of its three key areas of claims leakage: personal injury.”

Jim Rymer, chairman of Silverbeck Rymer, said: “We see significant benefits in being part of the enlarged group. Quindell has a rapidly growing presence in the insurance space and we firmly believe in its non-conflict approach to working with insurers.

“Its positioning as a thought leader and belief in improving margins whilst lowering costs for the industry sits well with our philosophies of working alongside insurers to help combat fraud and other areas of cost escalation, whilst being an active promoter of fairness and protector of consumer rights and championing industry change.”