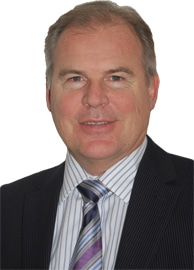 Lewis Hymanson Small (LHS) – the earlier this year – made a small dent in the company’s profits during a “tough” initial period, Abbey’s half-year results have shown.

Overall the legal arm of Abbey, which includes LHS and its legal advice call centre, saw revenue grow nearly 3% to £5.1m, although profits were flat at £1.2m.

Included within the latter is contingent consideration with a fair value of £266,000. This arrangement requires Abbey to pay the former owners a percentage in excess of an annual profit target, in respect of the period from acquisition on 28 February 2013 to 31 December 2015.

The report said: “The potential undiscounted amount of future payments that the group could be required to make under the contingent consideration arrangement is between nil and £750,000.”

The valuation of LHS included goodwill of £1.36m, which is “largely attributable to the anticipated profitability of the group’s products in the new markets and the anticipated future operating synergies from the combination”.

Abbey’s after-the-event insurance division more than doubled its profit contribution to £500,000 with a “sales boom” in March ahead of implementation of the Jackson reforms. The historic Accident Line scheme is now in run-off, but Abbey remains “active” in the market.