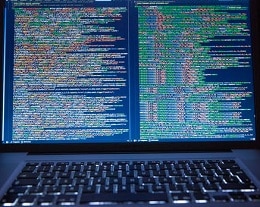 The company charged with digitising the courts is to deploy artificial intelligence (AI) to assist lawyers in understanding complex evidence, its chief techologist has revealed.

CaseLines, which is used to create digital bundles in the Crown Courts and civil and family courts, including the Supreme Court, will use the technology to create a ‘mind map’ – a visual way of presenting information said to mirror more closely the non-linear way the human brain handles data.

AI can pull out relevant information from bundles to illuminate relationships between, for instance, people and places. Once the data is presented in this way, lawyers can click on a particular name or place and the technology will bring up documents in which they appear.

Paul Sachs, chief technology officer of Netmaster Solutions, the company behind CaseLines, told Legal Futures that AI was a “terribly powerful” tool to extract data such as “nouns that are not simple nouns, verbs that are not simple verbs, so places and people and so on”.

He continued: “What I want to do is to create a mind map… which a lawyer can then basically use as a search tool to search the evidence in a way that is very practical.

“A mind map may contain the names of people involved in a case, places in which those people have been, even relationships between people in the case.

“Then when you click on one of those people or places it basically does a search and brings up all the documents in which those people are mentioned most often.”

He admitted it was not the most glamorous application of AI. “It’s not super exciting but it is practical. There are lawyers that will be able to go to bed at midnight rather than three in the morning as a result.”

Mr Sachs went on to say: “The really key thing about AI for my money is not to be too futuristic.

“I don’t really want to do anything with the AI that Netflix will want to make a film about because it’s not likely to work or be useful.”

CaseLines already uses AI to detect duplicated information within bundles, which it claimed has resulted in a 95% time saving.

When it announced the innovation earlier this year, the company said the AI used “fuzzy matching algorithms to identify likely duplicates within each case file”.

It said the detection facility was “powerful enough to recognise copies of documents that have been annotated by hand, poorly scanned or even damaged.

“At a glance users see a match percentage between documents and compare them side by side before choosing to include or reject them from the bundle”.