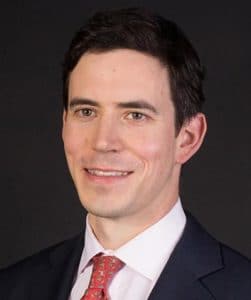 Kingsley: boards need to be aware of AI risks

Company directors should urgently consider the risks of using artificial intelligence (AI) technology so as to understand and manage their liability, according to a report by magic circle law firm Slaughter & May.

AI was “the most transformative technology” of this century, it said. However, risks included AI being maliciously ‘re-purposed’ – for example benign financial analysis systems being used illegitimately to disrupt financial market activity.

Some of the risk was common to all software, but some was unique, they argued, adding: “Civil engineers do not design a bridge and then later contemplate what safety features should be implemented; safe deployment is critical to the design process. The same reasoning applies to AI.”

Slaughter & May itself employs a transactional due diligence tool called Luminance, an AI platform that allows the firm to analyse vast numbers of documents rapidly.

The authors observed that the issue was becoming critical as AI-based machine learning technologies took off, made possible by a massive increase in computational power, accompanied by the huge volume of accumulated data.

The white paper expanded on the identified categories of risk. Failure to perform acknowledged that AI, like any system, whether mechanical or human, would fail from time to time. This could come from bad design, bad data, or bad application.

Unlike conventional software, the complexity of AI presented problems: “The relative lack of transparency and of predictability makes assessing both the types of possible failure and the risk of that failure occurring, more difficult.

“For this reason, where risk tolerance is low, extensive testing is typically necessary.”

Discrimination by AI-based systems could reflect biased data used to train them, sometimes producing subtle discriminatory biases. An example was AI used by a police force to analyse people’s previous interactions with the law; such a system could risk entrenching forms of discrimination.

AI’s vulnerability to malicious misuse was also significant, the authors argued, because malicious data feeds could change a system’s model in ways not immediately apparent.

The effect could be reputationally damaging for an organisation, as it was to Microsoft’s Twitter-based bot, Tay – which when it went live began re-posting racist and misogynist tweets sent to it maliciously.

Relatedly, malicious repurposing of AI systems presented risks if they fell into the wrong hands. Slaughter & May’s experts warned that AI systems for analysing financial market activity could be turned against those same markets in order to disrupt them.

Other AI-related risks involved privacy and data protection breaches. The authors also warned that AI and automation could have far-reaching effects on social cohesion.

For instance, efficiency-driven displacement of the human workforce by AI could carry business risks: “Businesses will need to consider how they begin to reallocate and re-focus their resources as their operational processes change.”

The authors concluded: “We believe that [AI] could be the most transformative technology of the 21st Century…

“However, while learning algorithms have enormous positive potential, they also carry significant legal, security, and performance risks that, if not managed well, could jeopardise reputations, or worse.”

Speaking to Legal Futures, the leader of Slaughter & May’s fintech team, partner Ben Kingsley, said AI software presented unprecedented challenges: “It’s different to other forms of software, or indeed hardware, in that it has the potential to develop, or at least refine, itself.

“I think that’s very much part of the risk assessment that we are advocating in the paper; that boards need to be thinking through before exposing their customers, or their clients, or the world at large, to mass-market [AI] usage.”