AI revolution will affect lawyers less than many other occupations, report predicts 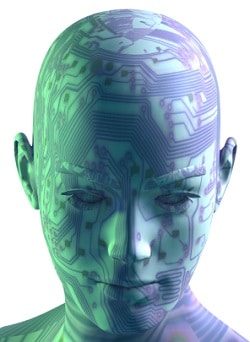 Technology: less impact on lawyers than others

Legal professionals will escape the artificial intelligence (AI) revolution relatively unscathed compared to other occupations, with high educational achievement being a key factor, according to a major report on the long-term impact of automation on jobs.

The report by accountants PwC found that of industrialised countries, those with large manufacturing sectors were most at risk.

However, countries with high average education levels and economies with large service sectors were less vulnerable.

Professionals, along with “senior officials and managers”, were the two types of occupations considered at least at risk of automation.

The report said: “They are more likely to be engaged in social skills, literacy skills and more complex computational tasks that are less automatable.

“They also tend to be relatively highly educated and this will help them to adapt to new waves of technology so as to remain complementary to machines, rather than being replaced by them.”

The research, which estimated the “relative automatability” of the jobs of some 200,000 workers, concluded that, in general, the jobs of workers with graduate degrees or above were at much lower risk of falling to automation.

It said: “This reflects the greater adaptability of more highly-educated workers to technological changes and the fact that they are more likely to be in senior managerial roles that will still be needed to apply human judgement, as well as to design and supervise AI-based systems.”

Also positively for lawyers, the report anticipated that businesses adopting technology would have to contend with multiple legal and regulatory issues relating to data, such as data rights and privacy and accident liabilities resulting from automation, for instance in the case of driverless cars.

According to the report, the jobs sector with the lowest projected levels of automation was education, followed by “human health and social work”.

Equally, these were the two sectors most likely to receive a boost from jobs created by technology, it predicted: “We would anticipate [such jobs] being concentrated in non-tradable service sectors such as health and education that a richer, and older, society is likely to demand more of.”

The sectors next least vulnerable to automation were “accommodation and food service”, closely followed by “professional, scientific and technical”.

Far and away the sector most vulnerable was deemed to be “transportation and storage”.

On average, across 29 industrialised countries the share of service sector jobs thought to be highly vulnerable to automation was expected to be nearly 30% by the mid-2030s.

The report broke up the projected evolution of technology into three overlapping waves, the first of which, the ‘algorithmic wave’ is already substantially in the past and is due to end in the early 2020s. This involved the “automation of simple computational tasks” and analysis of structured data.

The second, ‘augmentation wave’, well underway and expected to end in the late 2020s, involved “dynamic interaction with technology for clerical support and decision making… [and including] robotic tasks in semi-controlled environments such as moving objects in warehouses.”

The final ‘autonomous wave’, until the mid-2030s, involved the “automation of physical labour and manual dexterity, and problem solving in dynamic real-world situations that require responsive actions, such as in transport and construction”.

Overall, PwC concluded that new technologies such as AI and robotics would be good for economies and create “many new jobs”.

It went on: “Some of these new jobs will relate directly to these new technologies, but most will just result from the general boost to productivity, incomes and wealth that these technologies will bring.”