AI redefining what it means to be a ‘great’ lawyer 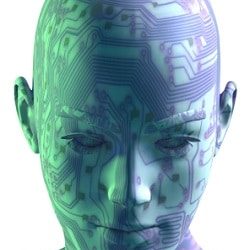 AI: Human lawyers not in danger of disappearing any time soon

Automation in the legal profession will most probably be “a decades-long process” but artificial intelligence (AI) is redefining what it means to be a ‘great’ lawyer.

It also means that the market for legal services “will be IT-driven”, according to a white paper from Swiss AI consultancy Logol.

It used a sports analogy to compare the lawyer of the past to a marathon runner, who after years of training, competes in races relying solely on his muscular strength and endurance.

The lawyer of the future, by contrast, “is a race car driver, who, thanks to his car, can move much faster than the marathon runner”.

It explained: “While physical fitness and endurance are still important characteristics of great race car drivers, pilots also need to understand and master the controls of their car in order to win the race.

“The lawyer of tomorrow will no longer have to be the ‘fastest runner’, but the ‘best driver’; and this will probably hold true for many decades to come.”

Logol said that recent developments in commercial as well as experimental applications indicated that AI would lead to “unprecedented levels of automation in the legal sector”, redefining “the business scenario” and the cost of services, and providing great benefits to the consumer.

“However, traditional ‘human’ lawyers are not in danger of disappearing any time soon. Law firms will reap equally important benefits from AI, which will bring enormous competitive advantages to its early adopters.”

The white paper suggested that, beyond relieving lawyers of more time-consuming and less satisfying tasks such as contract review, AI was also “redefining what makes a lawyer a great lawyer” – for example, memory skills are not as important as they were once were.

It would also redefine the market: “A law firm with one expert lawyer and cutting-edge technology will be in the position to compete with another firm with multiple equally expert lawyers, but lacking the equivalent technology. The market for legal services will be IT-driven.”

But Logol was confident that lawyers would still remain vital. It drew a parallel with the use of robots in the car industry, noting that it was introduced more than 50 years ago but even now Tesla, one of the most technologically advanced companies in the world, with an objective of completely automating its auto production, still employs tens of thousands of workers.

“The reason is that automating everything simply has not been possible. Yet, the robot’s task in automotive production seems simple compared to automating that of a lawyer, which includes understanding the needs of a client, the weakness of an opponent’s case and even the mood of a judge.

“Just as robotics has grown for decades without reaching the point of substituting all human work in factories, so too automation in the legal profession will most probably be a decades-long process.”

Logol said that, while law firms may one day achieve complete automation, history indicated that there would be a long transition period during which a number of tasks, ever smaller, remain unautomated.

“However, these tasks also become more and more relevant. This is the part of the work that will ultimately make the difference in the successful outcome of a legal action.”