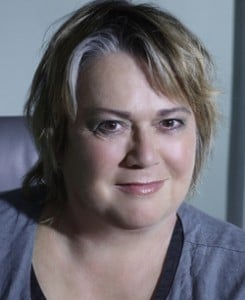 An artificial intelligence (AI) platform designed for businesses is to help staff at food banks and MPs’ surgeries refer legal enquiries from members of the public to lawyers in a pilot scheme this autumn, it has emerged.

The Kim Technologies platform, developed by Riverview Law, has been made available free of charge to the Jeanie Project – a new charity backed by the Law Society, LawWorks and the Legal Education Foundation.

Lucy Scott-Moncrieff, managing director of law firm Scott-Moncrieff & Associates and one of the project’s trustees, said metrics collected by Kim could enable the project to measure pro bono work done by lawyers across the country for the first time.

Ms Scott-Moncrieff, a former president of the Law Society, said the idea for the project came when she met Karl Chapman, chief executive of Riverview Law, at a legal innovation event in 2015.

Mr Chapman offered the use of Kim free of charge to help people struggling to access legal advice in the wake of LASPO.

She said the aim was to create a tool using Kim to help charity workers and others refer work to pro bono and legal aid lawyers in a pilot scheme launched this September.

“As a legal aid lawyer myself, I’m aware that an important part of the process is sitting with the client and exploring what the legal issues might be,” Ms Scott-Moncrieff said.

“Pro bono and legal aid lawyers are under enormous pressure. This is a way of enabling organisations like food banks to do the initial work and forward the case to lawyers for a possible solution, in a form that allows them to deal with it more easily.

“MPs’ surgeries are often the first port of call for members of public unable to access overburdened advice agencies. This could help constituency workers, who often have links with local lawyers, send them work more quickly and efficiently.”

Ms Scott-Moncrieff said the Jeanie Project would also be working with Toynbee Hall, a well-known charity in the East End of London committed to reducing poverty and social injustice, to try out different ways of using Kim.

She said preparatory work for the pilot project was being carried out by Dr Simon Davey, a consultant funded by the Legal Education Foundation. The aim is for him to be assisted by a part-time co-ordinator, the subject of a £7,500 crowdfunding campaign launched earlier this month.

Along with Ms Scott-Moncrieff, the two other trustees and directors of the Jeanie Project are Richard Miller, head of legal aid at the Law Society and Martin Barnes, chief executive of LawWorks.

Ms Scott-Moncrieff said LawWorks had access to a “huge number of solicitors” who did pro bono work, and, because it was online, Kim could enable a food bank in Cornwall to get help from a lawyer anywhere in the country.

“The metrics which are gathered as people use Kim mean this could enable us for the first time to measure how much pro bono work is done up and down the country every day. Outside the big City firms, most pro bono work is unrecorded.

“What we will be offering is a tool to connect advice givers and lawyers, rather than a replacement for initiatives already taking place.”