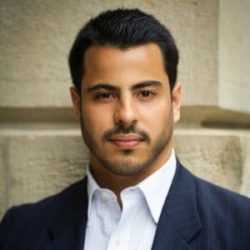 Arruda: Win the case and then build back

A pioneering lawtech business is shutting down, at least for the time being, in the face of litigation from Thomson Reuters that it says means it cannot raise funds.

US-based ROSS Intelligence, which launched in 2014, has developed artificial intelligence technology that can read and answer questions about the law, streamlining legal research processes.

It has proved popular with many law firms and in 2017 had a £6.6m funding round, some of its from Nextlaw Labs, the business accelerator backed by Dentons.

However, in a statement released late on Friday, ROSS’s founders said they had made “the difficult decision to shut down operations” from 31 January 2021.

Earlier this year, Thomson Reuters launched proceedings claiming that ROSS had used illicitly content from its Westlaw service “to rush out a competing product without having to spend the resources, creative energy, and time to create it itself”.

The statement said: “Just as Westlaw devised it to be, this ongoing suit has been heavy for ROSS to bear. Litigation is expensive — no matter how speculative the claims against you nor how worthy your position.

“With our company ensnared by this legal battle, we have been unable to raise another round of funding to fuel our development and marketing efforts. Our bank account is running out, and we must cease operations in the New Year.”

ROSS will help customers transfer to other services such as Fastcase, vLex and Casetext.

The statement went on: “We have not abandoned our vision for access to justice through the use of technology. We will continue to fight the good fight.

“However, we are now pursuing that vision in the courthouse rather than the marketplace. Although we are out of funds for our operations, ROSS has insurance for our litigation costs.

“The company will continue as a going concern so that the facts at the heart of this lawsuit are brought to light and so that Westlaw’s tactics — using litigation as a weapon and stifling competition — do not succeed.

“We hope that by continuing in this way, the precedent this court case sets will inspire innovation rather than shut down competition. We must go, but we will not go gently.”

Writing later on Twitter, chief executive Andrew Arruda – who spoke at the Legal Futures Innovation Conference in 2015 – said: “The plan is to win the litigation, then build the team back up.”

A Thomson Reuters spokesman said: “As a business, we don’t comment on litigation.”