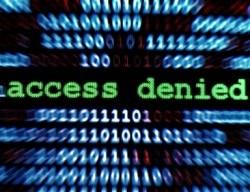 Latest technology better for commercial applications than access to justice

Artificial intelligence (AI), chatbots and hackathons may be developments that have great potential or are delivering exciting commercial applications, but they are “spluttering” at present in the field of access to justice, according to a leading digital justice campaigner.

Professor Roger Smith, who has spent years researching the online delivery of legal services, cautioned that the technologies have generated more hype than concrete advances for people at the bottom of the social scale, despite their pressing legal needs.

Since the demise of the Dutch Rechtwijzer platform [1] last year, for the first time in a decade no single project held the global lead in demonstrating the potential benefits of technology for access to justice, he said.

However, writing his latest annual report on Digital delivery of legal services to people on low incomes [2] – which is supported by the Legal Education Foundation – Professor Smith explained that while no one product dominated the field, there had nevertheless been “solid consolidation” of the various access to justice ventures around the world.

Part of the reason Nadia was discontinued, the academic said, was that Watson was “insufficiently powerful to deliver an effective service that could have replaced a human-staffed call centre”.

The failure was a reality check, he said. “AI promises so much both generally and specifically for lawyers in commercial contexts that it is easy to get carried away uncritically with its possibilities.”

Similarly, while chatbots had “fantastic potential as they get more sophisticated”, they tended to use older ‘guided pathways’ rather than AI and did not “threaten lawyers, only their receptionists”.

He continued: “At least at the present time, for all the potential of chatbots and the like, successful technology in the cause of access to justice is generally much lower tech; depends on the leverage of existing face to face provision; and looking for more incremental change than an existential leap.”

Even hackathons [4], which have been employed in the public sector with much enthusiasm, should be viewed with caution, he said.

“The problem for many hackathons with an access to justice flavour is that they marshal great commitment and idealism but the restrictions under which they are necessarily run mean that little of the work, even of the winners, is taken forward.”

Professor Smith concluded the report by saying that despite setbacks, the direction of travel was positive: “The year 2017-8 reveals a technological revolution proceeding at pace in the commercial sphere of the law and spluttering in the field of access to justice.

“Nevertheless, there are hopeful signs. The resistance to change that might have been evident a few years ago is dissipating.

“More and more entities in both the for profit and not for profit sphere are exploring the possibilities – despite the hampering effect of restricted funding.”