AI legal tech “so powerful it will need regulation” 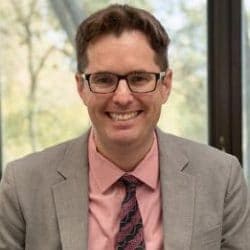 The use of cutting-edge technology such as artificial intelligence (AI) in legal services has become so powerful that regulators will have to regulate the tech itself rather than the providers, according to a prominent academic.

Dr Noel Semple of the University of Windsor School of Law in Toronto, Canada, also suggested innovation in legal services has been slow to take root relative to other parts of the economy, in part because law remained the preserve of experts imparting specialised knowledge.

In the Legal Services Board’s (LSB) latest ‘Talking Tech’ podcast, Dr Semple, who researches access to justice and legal regulation worldwide, also said progress has been hampered because lawyers themselves are inherently conservative.

He fleshed out his theories in an accompanying paper. It was the third in an LSB series on technology and regulation, following episodes with Alison Hook and Professor Roger Brownsword.

Dr Semple gave the example of medical devices, which are subjected to a separate regulation regime. If a doctor prescribed a device that was not fit for purpose, the manufacturer would be responsible, whereas lawyers were held responsible for the technology they employed.

“It may be necessary to say, look, these technologies, the [AI], the big data applications that are used to augment legal service provision are so esoteric and so powerful that it’s not sufficient to expect the provider to be held responsible.

“We actually have to go to the source and regulate the technology itself.”

The interim report of the Independent Review of Legal Services Regulation, published earlier this month, put forward a model that would allow legal technology to be regulated.

Dr Semple said there was “a sense of disappointment” with the level of innovation that had occurred in legal services in England and Wales compared with other areas of economic activity, adding: “It may just be unrealistic to expect it [in] the same exciting transformative way when it comes to legal services.”

He continued: “If you think about kind of the peer-to-peer sharing of information or the social network revolution… where people help each other and share information, that’s an idea that people have tried to bring into law.

“And it’s just kind of run up against the reality that law still is a matter of expertise. It’s still in some sense an esoteric knowledge which has to be applied to specific individual cases and situations.

“That was true 150 years ago and it still is. So that hasn’t yet been cracked.”

It was also true that lawyers were intrinsically conservative about innovation, he went on.

“There’s a sense in which law is inherently a source of stability as opposed to a source of innovation in society. You know it’s kind of like ballast in a ship.

“Law and legal services are what give human beings comfort or security that things will continue to be in some sense the way they were 10 or 20 or 100 years ago, given that everything else we do… is consumed by constant technological change and disruption.”

Dr Semple said the lawyer-client relationship was an old-fashioned idea “but it’s still true that this is about professional advice and trust is essential to that relationship”.

He added: “I’m not saying that it doesn’t need to be innovative, but I’m saying that people should not necessarily take consumer technology or information technology as the benchmark for innovation and assume that if legal services fall below that in any way there’s something desperately wrong.”

He concluded that legal regulators in England and Wales should not attempt to regulate for every eventuality in the consumer interest, because of the danger of snuffing out the “flame of innovation”.

The Legal Services Act 2007 provided sufficient safeguards should it become necessary to intervene in the marketplace, he suggested.