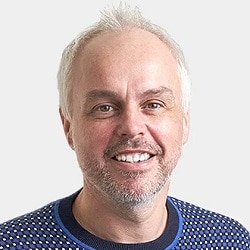 AI contract review business ThoughtRiver has secured a $10m (£7.5m) investment from venture capitalists to expand its presence around the world, with extra spending in the US and South-East Asia.

Octopus Ventures, which has £1.3bn under management and invests in technology innovation start-ups, pledged the Series A funding, saying it liked the company because it was disrupting a legal market that had been “slow to adopt AI” compared to other industries.

ThoughtRiver was originally incubated by Cambridge law firm Taylor Vinters, which remains a shareholder in the business, and it is run by former Taylor Vinters partner Tim Pullan.

The company, which has offices in Cambridge, London, New York, Singapore and New Zealand, has developed its own natural language processing engine that Mr Pullan said helped to iron out differences in the language used by lawyers to draft contracts.

The product, Lexible, is used by PwC and businesses in the telecoms, retailing and technology sectors to automate the reviewing and pre-screening of contracts.

Mr Pullan told Legal Futures that the investment would be put “towards company expansion and deepening market penetration”, including bolstering the company’s “bridgehead in the US market”.

Sales and marketing activities in the New York and Singapore offices will be scaled up, he said, adding that the company would make some “key hires” in the next few months.

In 2021, ThoughtRiver aimed to grow its presence in international markets.

“In our own segment focused on contract negotiation, there are very few genuine players and we have a significant edge with our technology.”