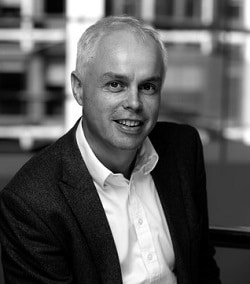 Artificial intelligence (AI) has been deployed to bridge the gap between ‘legalease’ and plain English, standardising something that has long been the exclusive preserve of lawyers.

The product, Lexible, claims to iron out variations between one contract and another, there because individual lawyers tend to add their personal  interpretation to the language of contracts.

By examining the language of some 1.4m legal documents, using machine learning techniques its creators isolated the governing law clause, in the process discovering that it had been made in 330,000 different ways.

Contract review business ThoughtRiver – which was originally incubated by Cambridge law firm Taylor Vinters – said it had created “a dictionary of reference terms”, which delivered “a clear picture of the details of any contract, combining machine learning with human legal intelligence to produce recommendations in plain English that anyone can understand”.

Tim Pullan, its founder and a former Taylor Vinters partner, said: “Currently, the whole of a contract needs to be reviewed by a human lawyer, because they simply don’t know what it says without reading it – there’s so much variance.”

He said that because of the huge size of contracts, “hundreds of millions of hours of lawyers’ time” were wasted each year, which Lexible would save.

He explained: “The AI technology will summarise every variation using the same set of data points, which translates into massive time savings.”

Describing Lexible in detail to Legal Futures, Mr Pullan said: “[It] enables a contract to be read consistently no matter how it is drafted… by asking questions of the contract.

“It’s design… enables it to be expanded infinitesimally to ask ever more broader and more nuanced questions.

“So, for example, it can ask ‘If the agreement specifies the choice of law that will govern it, what is that choice of law?’”

As well as identifying to users whether the laws of a jurisdiction are appropriate for their business, it can alert the user to obligations under a contract that are contrary to their corporate policy.

For example, it can answer whether the agreement specifies whether the company has to indemnify the counter-party.

He added: “Indemnities can be drafted in any number of ways, so Lexible’s standardised approach can identify issues however they may be drafted.”

Matt Meyer, chief executive of Taylor Vinters, said Lexible was a “true shift” in the way contracts were read and interpreted, which would have not only a “very tangible impact” on how the firm’s lawyers worked but also on “the ease with which non-lawyers understand the contracts they are getting into”.

Late last year, ThoughtRiver was awarded funding from the government for a £400,000 development project to develop “thinking AI”.