AI app that replaces lawyers “could be used in divorce cases” 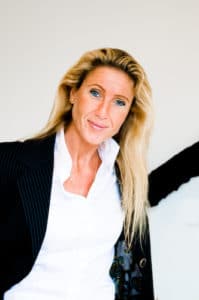 Lightfoot: use of technology possible in family matters

The technology behind an artificial intelligence (AI) app developed to help businesspeople draft confidentiality agreements will be extended to other commercial and consumer products such as wills, and may in time be suitable for  family law cases, according to its creator.

The app is designed to eliminate lawyers from tasks where both sides can work together.

As well as wills, it could eventually be used in family law, such as divorce and pre-nuptial agreements, said its co-founder, legal profession consultant Chrissie Lightfoot. She teamed up with Adam Duthie, managing partner of Hertfordshire-based boutique corporate law firm Duthie & Co, to create the “robot lawyer”.

Their company, AI Tech Support Limited, of which they are the only two directors, uses ‘code free’ AI technology developed by Neota Logic, which is designed to enable non-programmers to build applications or ‘smart advisers’.

Neota’s European managing director, Rick Seabrook, said recently that the company “works with law firms to develop software algorithms… that are highly intelligent and interactive applications from which users can receive highly bespoke guidance or advice on a specific case”.

Ms Lightfoot, who trained as a solicitor, said she came up with the idea for Lisa after experiencing “frustration… having talked about this for years and tried to help law firms appreciate how this technology could be used”.

She continued: “A lot of [firms] are shying away from it for obvious reasons – they need to defend their existing business models. So I thought what I need to do is to create a new company and put something out there to achieve what they were probably unlikely to do; human lawyers and machine lawyers working together for a better result for the user.”

According to its publicity material, the main focus of Lisa is “to provide real access to legal services by helping to open up the latent legal buyer market and serve the excluded majority”.

It will help parties find a “commercially sensible middle ground for your basic legal needs”, while human lawyers would continue to be needed for “complex legal matters”.

Mr Duthie provided the legal knowledge required to program Lisa, Ms Lightfoot said. “In a nutshell, the way this AI works is that the human lawyer has come together with the technology and done a ‘brain dump’ of his knowledge and experience.

“That’s encapsulated with the AI platform technology, which then can do proper reasoning and judgement… so whoever is using this is getting the best of the human lawyer’s years of experience combined with fast technology.”

She observed there was “a self-help element” that enabled clients to do more for themselves: “Therefore if they can actually relate to the other side… without getting a human lawyer involved on either side then obviously there is no initial cost involved.”

However, the technology could work in a more contentious setting in time, she believed, if both sides wanted to have an arbitration or mediation. She could see it being “hugely useful in, say, family law and divorce where both sides to the divorce could actually get on with it themselves”.