“Ageism” of virtual law firms not being confronted 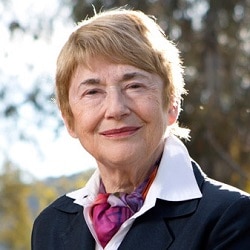 The “ageism” of new-breed ‘virtual’ law firms, with their focus on senior lawyers at the expense of younger ones, has not been confronted, an analysis has argued.

These so-called ‘NewLaw’ businesses, which rely on self-employed contractors instead of “plush offices, permanent staff and the rigidity of time billing”, maximised the “freedom, independence and autonomy of lawyers, provided they are at a reasonably senior level”.

Margaret Thornton, professor of law at the Australian National University in Canberra, studied how they operated in Australia and in England and Wales for an article called ‘Towards the Uberisation of Legal Practice’, for the new journal Law, Technology and Humans.

She said: “While young lawyers are thought to be attracted to the youthism and technological buzz associated with trendy start-ups, the preference for senior lawyers evinced by NewLaw presents a problem for generational renewal, given the explosion in the number of recent law graduates, the majority of whom are female.

“Consequently, it would appear that NewLaw structurally discriminates against young lawyers on the grounds of sex as well as age.”

Professor Thornton some firms “expressed regret that they could not afford to take on young lawyers and train them”, a responsibility they assumed would be undertaken by traditional firms.

“Although some NewLaw principals took training seriously and strongly believed junior staff should be in the office to be supervised by more senior staff, generational renewal was usually the responsibility of traditional law firms.

“Some firms without a large corporate clientele evinced a preference for junior lawyers to undertake a ‘specific predefined activity’ in the gig economy.”

The academic found that, occasionally, in-house corporate clients asked for paralegals because they were cheaper.

“Recent graduates and paralegals may work remotely as independent contractors and call in a couple of days per week, while large corporate firms with a NewLaw subsidiary may second junior lawyers and paralegals to their start-up clients to carry out routine work.

“The absence of a base salary and incidentals, such as holiday pay and sick leave, may suit students in the short-term, but the absence of thoroughgoing training renders them vulnerable.”

Professor Thornton predicted that millennials (those born between 1980 and the early 2000s) may not be prepared to tolerate the discriminatory treatment indefinitely, “particularly when they are about to comprise a substantial proportion of the workforce”.

She said the challenge of NewLaw was that most firms did not reward supervising others and those who spent time on supervision “may be perceived as diminishing their firm’s return or their own income”.

Professor Thornton added that the ‘disruption’ caused by NewLaw did not appear to be entirely replacing the large corporate law firms, which remained “highly profitable”.

She said: “Despite the new ways of practising law, as with the gig economy, the individualism and ageism associated with NewLaw have not been confronted.

“While the idea of the gig economy has a superficial appeal for young people – the ‘digital natives’ – their futures are uncertain.

“Firms are less than enthusiastic about appointing recent graduates to permanent jobs, a situation that favours gigging, which is still largely confined to the lower end of the labour market.

“While gigging could act as a stepping-stone to more secure work, it may prove a trap for the unwary from which it is difficult to extricate oneself.

“The less experienced end of the market is also vulnerable to rapid developments in AI [artificial intelligence]. If jobs disappear, it is more likely those performed by junior lawyers and paralegals – that is, those already deleteriously affected by technological innovation in legal practice.

“The risk of junior lawyers being unemployed, under-employed or unsupervised leaves a large question mark over their future.”