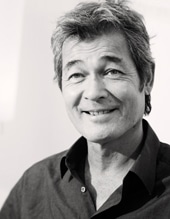 Britain’s changing demographics will mean a huge shift in demand for legal services, towards managing the wealth and lives of the growing proportion of elderly people in the population, according to a study forecasting legal needs in 2025.

Citizen 2025, a report produced by 11-partner Bristol-based law firm Barcan & Kirby, predicts an ageing population living and working longer, needing enhanced estate planning and employment services. Their children will rent instead of buying property, or buy together with friends.

The report – based on a survey of 2,003 adults by researchers Opinium, and with the help of experts from global consultancy Mercer, south-west mortgage broker Fox Davidson, and Saga Investment Services – said the tax regime would become ever-more complicated, while divorce would continue to rise and the nuclear family decline.

It predicted that a generation of older, economically active workers – which it dubbed “grey go-getters” – would increasingly challenge existing workplace practices and demand flexible working. This could mean more legal work from employers resulted. Barcan’s employment partner, James Bell, said: “Contracts will need to change. While this shift doesn’t need to be a big deal, employers will need to plan for it and ultimately adapt.”

Other legal issues would include the cost of later-life care, said the report, as more retirees started SKI-ing (‘spending the kids’ inheritance’), while a greater number of powers of attorney would be needed as more people suffered dementia in old age. Rising house prices as the population grew, putting pressure on housing, would mean a corresponding growth in the number of different purchasing arrangements, such as friends clubbing together to buy a home.

However, the firm’s residential conveyancing partner, Stephen Parker, was bullish about the prospects for competition and law firms in the property sector: “When it comes to legal services, yes, there will be more and more online-only players, but we see little threat from the big profit-driven outfits – such as Tesco – and we don’t see the ‘Uber-isation’ of all legal services by any means.”

Chris Miller, Barcan’s managing partner, was also confident about the future of lawyers: “Relationships between the future generations and lawyers will be different. The younger generation are likely to shop around and are less loyal… [but] I believe there will always be a role for the personal service adviser, although we will need to find new ways of communicating with clients who may want instant responses, whether by social media, or otherwise.”