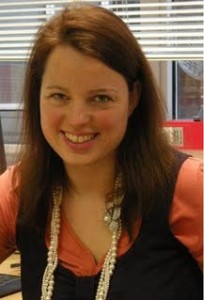 Zimdars: Bar is missing a trick

People aged 30 or over who choose to re-train as barristers are at a significant disadvantage to younger applicants, according to research from King’s College London.

The findings of Dr Anna Zimdars, a lecturer in higher education at the King’s Learning Institute, also confirmed a continuing bias in favour of those with an Oxbridge education, but no difference in the success rates of men and women seeking pupillage.

Her analysis of data from 2,178 aspiring barristers over a four-year period found that those aged 30 or over made up 21% of applicants, but only 14% of those who gained pupillages. This difference was not explained by the type of university attended or age differences in levels of attainment.

Dr Zimdars said it showed the apparent preference towards applicants with an uninterrupted educational route towards the Bar and is “to the advantage of those with access to economic, social and cultural resources early in life which help them facilitate career choice”.

She continued: “As we are all living and working longer, it will be increasingly common for individuals to have several different careers. My research indicates that someone wishing to change careers and become a barrister at the age of 31 might find it significantly harder than if they had been called to the Bar after graduation.”

nd that those who graduated from Oxford or Cambridge had the highest chance of gaining admission to the profession, with graduates from these universities making up nearly 30% of those who were accepted, but less than 20% of the applicants.

In contrast, 45% of applications came from graduates who had not attended a Russell Group or what Dr Zimdars called a ‘Golden Four’ university (St Andrews, Durham, Trinity College Dublin and York). But they also made up just under 30% of those accepted to the Bar.

Achieving a first class degree at university and a grade of ‘outstanding’ on the bar course were shown to be advantageous in gaining pupillages. Dr Zimdars found that gender had no impact, even though fewer women than men in the group attended Oxbridge and they also attained lower marks.

Ethnic minorities initially appeared to experience a disadvantage in the competition for pupillage; however, this effect was no longer statistically significant when simultaneously taking into account the lower educational attainment and the type of university attended by minority students.

Dr Zimdars said: “It looks like the Bar could be missing a trick here. It is these career changers who are uniquely placed to facilitate innovative work at the boundaries of different professions by drawing on experiences of more than one field.

“The Bar needs to move with the changing times and ensure that career changers are as successful in entering their profession as new graduates, which is surely to the benefit of the profession and its future.”

The figures, provided by three of the four Inns of Court, covered students between 2000 and 2004 as they had five years to secure a pupillage.