Advocates use ‘with respect’ in court as “marker of disrespect” 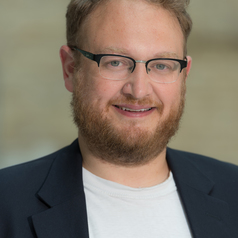 Robson: Using ‘respect’ can sometimes only be polite on the surface

Advocates can use the word “respect” as “an implicit marker of disrespect” when addressing opposing counsel in court, academics have found.

When speaking to a judge, however, it can be used to “mitigate” potential threats in cases where advocates disagree with judges.

In an analysis of the use of the word ‘respect’ by the main advocates in the High Court and Supreme Court Brexit hearings in in 2016, academics from Nottingham Trent University and Leicester’s De Montfort University found that although ‘respect’ could be used in “seemingly formulaic and ritualised ways”, it could also be used to achieve “multiple” goals.

The academics said the “language of advocacy places a heavy emphasis on obvious displays of courtesy” and serves to “maintain the dignity and gravitas of court proceedings which are seen as being central to upholding the rule of law”.

In the study of R v Secretary of State for Exiting the European Union published in The Journal of Pragmatics, the academics quoted former president of the Supreme Court Lord Neuberger as saying in 2016 that “when the judge makes what the advocate thinks is a stupid point, the advocate will often begin his answer with the words ‘My Lord, with great respect…’”.

Although 11 advocates addressed the courts in the Brexit hearings, the academics followed “much of the public commentary” in focusing on Lord Pannick QC, on behalf of Gina Miller who brought the judicial review, and James Eadie QC, on behalf of the UK government.

Using verbatim transcripts of the hearings released at the time, the study found that Mr Pannick’s submissions to the courts were shorter, at 55,000 words, while Mr Eadie produced 71,000. ‘Respect’ was used alongside ‘respectful’ and, most often, ‘respectfully’.

The three forms of ‘respect’ were more often used in the Supreme Court than the High Court, with Mr Eadie “a more prolific user” than Mr Pannick.

While Mr Eadie had a clear preference for ‘respectfully’, Mr Pannick had “a more equal use of respect and respectfully”.

The academics quoted two uses of ‘respectfully’ by Mr Pannick in his arguments to the Supreme Court: “My friend Mr Eadie nevertheless submits, and I wrote what he said down, he said the 2015 Act ‘gave the decision on withdrawal to the people’. Well, I respectfully submit that is impossible to understand as a legal proposition.”

In a separate example, Mr Pannick said: “It is no answer for the Attorney General to say in his submissions, as he did on Monday, and I quote: ‘Parliament can stand up for itself’. With great respect, that is a bad legal argument.”

In these examples, the academics said the QC was “challenging more than simply the arguments themselves” and instead “questioning their legal foundation” and, by extension, undermining the professional competence of opposing advocates.

It was possible that Mr Pannick was using ‘respect’ to “exacerbate or amplify the severity” of his attack.

Such an interpretation relied on the “shared knowledge” of the legal participants, requiring the recipients “to be ‘in the know’ (not only Eadie but also the court) and therefore be able to infer that ‘respect’ is in fact being used as a marker of disrespect and to show contempt or derision”.

The academics said the status of ‘respect’ was complex. “On the one hand, we have argued that it can be used as a marker of professional identity, of ‘doing advocacy’, in instances where it serves little purpose in terms of politeness.

“Meanwhile, we have observed instances where it is clearly used to mitigate potential face-threats in cases where advocates disagree with judges. [A face-threat is one that may make someone lose face.]

“We have also made the case that when it is used to furnish face-threats to opposing counsel, such is the perception of the word’s use in the profession, it can have the effect of exacerbating or intensifying face-threats and be used as an implicit marker of disrespect in this community of practice.”

The study was authored by David Wright, forensic linguist and senior lecturer, and Natalie Braber, professor of linguistics, both at Nottingham Trent University, and Helen Murray-Edwards and Jeremy Robson, both senior lecturers in law at De Montfort University

Mr Robson, a former barrister, added that use of the word ‘respect’ could be “a key element of language that obscures courtroom protocol” for those outside of the profession.

“When it is used between barristers only, it can exacerbate and intensify disagreement. Lawyers can use ‘respect’ to appear polite on the surface, but it can also amplify attacks on their opposition to make them lose face professionally.”