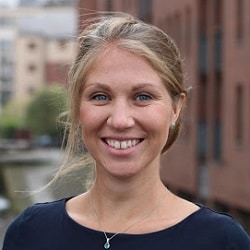 Loxton: Gap in the post-Jackson market

An advocacy services firm which attended over 6,000 hearings last year has become an alternative business structure so it can add qualified advocates to its team of solicitors’ agents.

Fiona Loxton, director of Quest Legal Advocates, said the firm intended to expand the number of hearings it covered by 50% over the next 12-18 months.

Ms Loxton said Quest worked with over 200 law firms, mainly in the field of personal injury, with a team of over 60 county court advocates and 13 qualified advocates, all operating as self-employed consultants.

She explained that, after completing her Bar vocational course, she and her co-director Rebecca McNamara, a solicitor, identified “a gap in the market post-Jackson for a cost-effective nationwide advocacy service”.

They set up Manchester-based Quest in 2012, using graduates who had completed what is now the Bar professional training course or the legal practice course to act as solicitors’ agents.

Many of the hearings covered by county court advocates were infant approval hearings. They also handle small claims, possession and interlocutory application hearings.

Ms Loxton said there “mixed interpretations” of the Legal Services Act 2007, which allowed solicitors’ agents to appear at contested hearings in chambers but not in open court.

The county court ruled in McShane v Lincoln in 2016 that stage 3 personal injury hearings under the Ministry of Justice portal scheme were not in chambers.

Ms Loxton said Quest responded by deciding not to cover contested hearings and focus on diversifying the business.

Since this involved the use of qualified barristers, solicitors and chartered legal executives, they decided that Quest would become an alternative business structure.

Quest Legal Advocates became an ABS at the end of last month, with Ms McNamara becoming the COLP and COFA. The firm started sending qualified lawyers to contested hearings this month.

Ms Loxton added that the initial impact of the lockdown on Quest’s work was that court hearings “dropped off entirely” at first before rebounding strongly in April. Many of them are now telephone hearings, although possession hearings remain under a general stay.