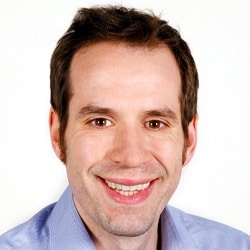 Harper: Aim is to digitally match supply and demand

LexisNexis, working closely with the Civil Justice Council (CJC) and others, is poised to launch the first of three projects to create digital tools for the advice sector, it has emerged.

James Harper, executive sponsor for the legal publisher’s rule of law programmes, said the aim was to launch the first one by the end of March.

“There’s a huge swathe of people in the UK for whom getting access to their legal rights is becoming very difficult or impossible,” Mr Harper said. “We’re not going to solve the problem, but we want to help towards solving it.”

Mr Harper said there was a recognition that growing levels of demand could not be met by the current model of the advice sector, which he described as “very manual and face-to-face driven”.

He went on: “We should ideally get to the point where we could digitally match supply and demand – so someone from Cardiff could speak to a lawyer in Truro.

“In the interim, a huge amount of efficiency could be gained through relatively simple tech tools and ‘self-service’ – allowing people to solve problems themselves.”

Mr Harper said LexisNexis had been working closely with the Civil Justice Council (CJC) on the projects, as part of the CJC’s 10-year strategy.

He said a digital tool to help ill or disabled people with their personal independence payments (PIPs), developed partly by Stanford University in California, would be finalised this month.

Mr Harper said the PIP form was very complex, and advisers were needed to help people fill it in by hand, which could often take one and a half hours.

The digital tool would enable advisers to complete the form on laptops or tablets, with guidance appearing as they went through it with their clients, and the end result could be attached to the hard-copy form.

He said LexisNexis aimed to launch this project as a pilot at the universities of Leeds, Liverpool and Exeter, which all ran student-led PIP form-filling sessions.

Mr Harper estimated that the tool could cut the amount of time needed to fill in the form by 15%, and also reduce appeals and failed applications.

The second project LexisNexis is developing, in partnership with Liberty, is an electronic triage tool which advice agencies could adapt to suit their own purposes.

Mr Harper said the ultimate goal of the project was to enable agencies “to drive their own digital triage”, speeding up the process and enabling them to capture more data on the way.

He added that the aim was to launch the tool within the first six months of this year.

“Most people don’t know if they’ve got legal expenses insurance. This tool would enable you to lift details of your policies into a system which could tell you if you had a high, medium or low chance of being covered.

Mr Harper said the project needed data from the insurance industry, and he was hoping for progress with that in the next six months.

“All we really need is for them to come to the party.”