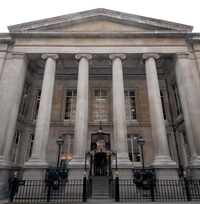 Law Society advertising of its Conveyancing Quality Scheme (CQS) “misleadingly exaggerated the membership requirements” to make it sound like the accreditation process is more rigorous than is actually the case, the Advertising Standards Authority (ASA) has ruled.

In all, there are over 3,000 firms with CQS accreditation, which is compulsory if firms want to join many lender panels.

Though the Law Society stressed to the ASA undertake more detailed investigations into complaints it received about CQS-accredited firms, including on-site visits, the regulator noted that between 2012 and 2016, no more than 12 firms had received visits.

It has been a bad year for CQS, after the Competition Appeal Tribunal ruled in May that the Law Society abused its dominant position by requiring CQS firms to buy its own training in order to maintain their accreditation.

A solicitor complained to the ASA about a page on the Law Society’s website in November 2016 that said: “All Law Society [CQS] firms go through rigorous examination and testing to demonstrate that they have a high level of knowledge, skills, experience and practice.”

The society argued that the requirements for joining and maintaining membership of CQS ensured that all accredited firms met that high level.

However, the ASA considered that consumers would understand the advert to mean that the Law Society had conducted “an in-depth assessment of each firm that applied for the scheme” and so CQS members had met a standard above and beyond basic requirements.

It acknowledged that firms were granted CQS accreditation, and annual reaccreditation, on the basis of independently verified information, such as qualifications, training undertaken with the Law Society – but not other training – complaints history, transaction volumes, merger history and professional indemnity cover.

But the ASA said this amounted to the minimum level of “knowledge, skills, experience and practice” that consumers would expect from a firm licensed to undertake a major legal transaction on their behalf.

The society pointed to the compulsory training that all relevant members of staff were required to undertake to demonstrate their knowledge of key areas of conveyancing practice, within six months of accreditation being granted.

The ASA said: “This meant that firms could be accepted into the scheme before any relevant members of staff had been trained and assessed.

“We noted that the training contributed toward demonstrating that staff had knowledge of a range of subjects relevant to residential conveyancing, however we considered that readers of the ad would expect that all criteria would have been met prior to accreditation being granted.”

The regulator concluded: “In the absence of any routine, independent checks to assess the relative degree of ‘knowledge, skills [and] experience’ that the firm possessed prior to membership being granted, we considered that the ad exaggerated the level of knowledge, skills and experience possessed by a CQS-accredited firm and its staff, and the extent of the checks that a firm had to undergo to receive its accreditation.”

Thus the ASA ruled that the claim had not been substantiated and was therefore misleading. It ordered that the advert must not appear again in the form complained about.

“We told the Law Society to ensure that their advertising did not describe CQS-accredited firms in a manner that misleadingly exaggerated the membership requirements of the CQS.”

A Law Society spokesman said: “We acknowledge the ASA council’s ruling and have taken steps to amend the advertisement. The advertisement was never intended to mislead consumers.

“The intention of the CQS scheme has always been to promote the highest standards of conveyancing practice and ensure consumer and lender confidence in conveyancing transactions.”