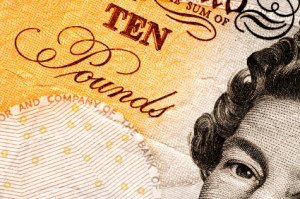 A law firm which offers personal injury claimants a £2,000 up-front payment has been told to make it clear to potential clients that the offer is subject to significant qualifications, after a complaint about one of its television adverts was upheld.

“The ad implied that all cases accepted by Hampson Hughes would receive an up-front payment of £2,000 when that was not the case, and because the ad excluded a significant limitation to the offer, we concluded that the ad was misleading,” it said.

The voiceover stated “£2,000 up-front on accepted cases from Hampson Hughes” – with on-screen text referring viewers to the firm’s website for the terms and conditions.

Hampson Hughes argued that the advert clearly stated that the £2,000 was subject to acceptance of the case and that the payment was not automatically awarded to clients. The firm said it encouraged people to visit the website to view the full details of the offer.

However, the ASA considered that the voiceover implied all cases would receive that up-front cash payment, when in fact “there were a number of terms and conditions associated with the advance cash payment offer, including that the offer would not be honoured if the claim was unlikely to result in an award of £3,000 or more, and that therefore in some cases consumers’ claims would be pursued by Hampson Hughes, but they would not be eligible to receive the up-front cash payment”.

“Furthermore, we considered that the exclusion of claims unlikely to result in an award of £3,000 or more was a significant limitation to the offer and therefore should have been clearly stated in the ad.”

The ASA ordered Hampson Hughes not to broadcast the advert again in that form. “We told Hampson Hughes Solicitors not to imply that an offer was available for all customers if that was not the case, and to make clear any significant limitations and qualifications to offers made in their future advertising.”

Hampson Hughes has since moved on to a new advertising campaign and the on-screen wording indicates that the £2,000 is for “eligible cases”.

A spokeswoman for the firm said the offending campaign ended in December and that it had worked closely with Clearcast – which helps advertisers comply with the broadcasting code. Clearcast told the ASA that it did not consider the £3,000 condition to be so material that it needed to be explicitly stated. It said viewers would reasonably expect that any up-front sum would need to be close to any anticipated future financial award or settlement.

In January on this website the firm robustly defended the offer of inducements, which are opposed by most claimant lawyers and groups.