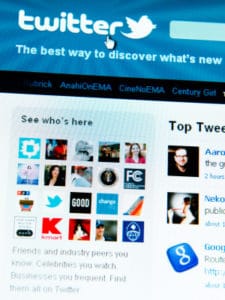 A claims management company in Manchester has become the latest to be slapped down by the Advertising Standards Authority (ASA) after failing to make clear to potential customers that the amount of money they could receive was before its 33% fee was deducted.

The ASA upheld the latest in a string of complaints brought by Lloyds Bank over how claims over mis-sold payment protection insurance (PPI) are advertised by claims companies.

This time it complained about Stanton Fisher Ltd, which claimed in a sponsored tweet and on its own website that it secured an “average client compensation package” of £3,320. Lloyds challenged whether this claim was misleading and could be substantiated.

Stanton Fisher provided the ASA with evidence that the average client compensation package it secured was in fact £3,396. It explained also that tax was deducted from the total value offered per claim, in accordance with HMRC requirements, together with the company’s own fee of 33% of that total.

The ASA ruled that the adverts were misleading because consumers were likely to interpret Stanton Fisher’s claims to mean that £3,320 was the average of what its clients had received after making successful claims.

“We considered that the fact that compensation amounts offered by lenders were subject to Stanton Fisher’s fees at 33%, inclusive of VAT, and other taxes, was material information that consumers needed in order to make an informed decision as to whether or not to pursue PPI claims through Stanton Fisher. However, it was not clear from the ads that compensation amounts were subject to such fees.”

The ASA said that the adverts must not appear again in their current form: “We told Stanton Fisher to ensure that similar future claims did not state or imply that the figures stated related to amount that their clients eventually received, if that was not the case.”