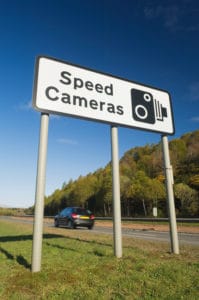 The Advertising Standards Authority (ASA) has rejected a complaint over the way a Devon law firm marketed its success in representing drivers.

Patterson Law of Newton Abbot said on its website that “3314 out of our last 3436 clients (at risk of a driving ban) avoided disqualification (were not banned from driving) or got a significantly reduced driving ban by Patterson Law Solicitors arguing exceptional hardship/special reasons/defending their case/or persuading the court to impose points instead”.

The unnamed complainant challenged whether the claims were misleading and could be substantiated “because they understood the length of a driving ban was at the discretion of the court and would not be known in advance”.

In its ruling, after receiving submissions from the law firm, the ASA noted that Patterson Law said it had robust processes in place to ensure that their casework database was up to date “and we were satisfied that client outcomes were accurately recorded”.

The firm explained that, in order to maintain quality of service and monitor success rates, there was a strict policy for collating data – each client was assigned a case progression officer who provided the eventual outcome to the member of management responsible for updating the statistics and there were various procedures in place to ensure that the information was kept up to date.

The ASA continued: “We considered that the advertiser’s claims would be understood by consumers to mean that a large proportion of their clients who were at real risk of disqualification or a lengthy ban either avoided disqualification or received a shorter ban than they might have.”

While sentencing powers were indeed exercised at the discretion of the court, the ASA said consumers would understand the claim to refer to those clients charged with offences for which a ban was a realistic risk and was one of the sentencing options available to magistrates.

Having considered the detailed explanation provided by Patterson Law, the regulator concluded that “the claim had been substantiated and was unlikely to mislead”.

The firm’s principal solicitor, Emma Patterson, told Legal Futures: “It is not unusual for lawyers who specialise in motoring offence law to make reference to their success rates.

“We’ve worked hard with the ASA over the last few months to explain our procedures for keeping statistics. We have always felt, and continue to feel, that it is important to keep statistics of our successes and failures to be able to monitor the quality of what we do.

“It is also clearly important that when we take on a case we conduct a proper assessment of the prospects of achieving what the client hopes we will achieve at the outset. We feel that this is useful information when a potential client is deciding whether or not to instruct and it also helps us to monitor the quality of our initial assessment.

“We would much rather a client did not instruct if the prospects of achieving their desired outcome is minimal. We don’t like people wasting money where they have very little prospect of success.”

Ms Patterson said she was “very happy that our statistics have stood up to scrutiny”. She continued: “We are very proud of what we do and are keen to maintain standards going forward. We have been very thorough over the years to make sure that the statistics are both reliable and a fair representation of the outcomes in the relevant cases we take on.

“It is our view that potential clients as well as existing clients will be reassured by this finding.”