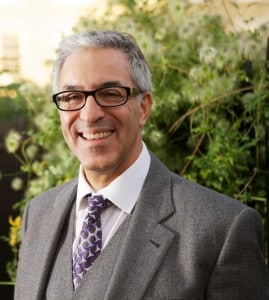 Structures are “far from being as central to the success of a modern set as their proponents suggest”, the joint heads of the newly merged Drystone Chambers have argued.

Karim Khalil QC and Andrew Campbell-Tiech QC also suggested that mergers between competing sets stored up problems for the future.

Drystone is the product of late July’s merger between Dyers Chambers and One Paper Buildings. It has 87 members, including seven QCs.

In a joint blog on the merger process written for the Bar Council, the pair said: “We looked closely at alternative structures, both business and employment. The loosening of the regulatory framework provides a number of alternatives to the traditional model, including companies limited by liability or guarantee, or multi-disciplinary partnerships etc.

“We came to the conclusion that these structures are far from being as central to the success of a modern set as their proponents suggest: are barristers really prepared to shortchange a legitimate claimant, whether employee, client, cleaner or other, by liquidating the legal entity against which the claim is brought?

“Neither of us would wish to belong to a set that might behave in such a way. Better to have a genuine collective responsibility towards one another and those with whom we do business.

“For sets of chambers that are debt-financed to a significant degree, the case for limited liability grows stronger. Happily, we are not in that position.”

Mr Khalil and Mr Campbell-Tiech argued that the government has been able to press ahead with reforms to both criminal and civil work “safe in the knowledge that the voices of the most talented and experienced are sometimes inaudible amidst the noise generated by the pressures of overcrowding” in the profession.

“So by bringing together groups of practitioners across diverse ranges of call, experience and expertise, we predict that our merger will serve to help re-balance the scales and enable some of the most talented to flourish and be heard,” they wrote.

“We realised, counter-intuitively, that mergers between direct competitors may lead to internal structural problems arising from the continuation of the spirit of existing competition: outwardly cohesive, the inner dynamics of such a chambers are not conducive to the pursuit of collective excellence. They are also very difficult to manage.

“Our two sets have brought together complementary and overlapping areas of expertise and geographical reach, allowing for the development of each set into a more exciting and interesting prospect together than the mere addition of numbers.”

The barristers also warned that the question of ‘what is a set of chambers for?’ can be overlooked when planning for the future.

While critics of the structure “perhaps regard any chambers as merely an expensive bureaucratic hub, supplemented by inadequate conference facilities and storage space”, they said this failed to appreciate “the importance of the professional interactions, guidance and support that is to be derived from membership of a set of chambers; in short, the maintainance of professionalism”.