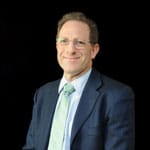 Engelhardt: the year of the baked potato

Admiral Group is the overwhelmingly dominant partner in the joint venture alternative business structures (ABSs) it has set up with law firms Lyons Davidson and Cordner Lewis, the insurer’s annual results have shown.

The company has also lost more than £12m from the ban on solicitors paying referral fees.

“Bringing the provision of legal services into the group will allow Admiral to administer a claim throughout the process and offer a materially better quality of service,” it said. “New and proposed reforms to the handling of bodily injury claims mean that the businesses are not expected to make a material contribution to group profits in the foreseeable future.”

Admiral insures 3.02m vehicles and the results said the referral fee ban reduced Admiral’s revenue per vehicle by £4. However, “Admiral expects this reduction in revenue will be offset by reductions in claims costs”. Last week Direct Line said the ban had cost it around £14m last year, which should increase to £21m for this full year.

The impact of a potential ban on credit hire referral fees – resulting from the Competition Commission’s review of the car insurance market – should be similarly balanced, it said.

“Admiral welcomes action aimed at curbing the compensation culture that currently exists in the UK motor insurance market. A potential outcome of the review is regulatory change resulting in a reduction or elimination of credit hire referral fees and a reduction in associated claims costs.

Overall Admiral reported an 8% fall in turnover to £2.03bn, but 7% rise in profits to £370m. Henry Engelhardt, group chief executive officer, described 2013 as “the year of the baked potato”.

He explained: “It was a good, solid year, something on the plate that is appreciated but doesn’t really grab the spotlight. This is a comfort food set of results.”