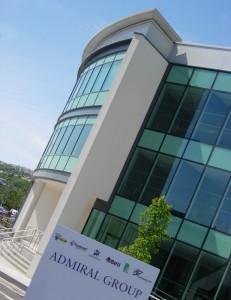 The ABS provides legal services to customers of the Admiral group who suffer personal injury or other uninsured losses as a result of a non-fault road traffic accident.

Admiral Law’s directors professed themselves “satisfied” with a turnover of £6.1m in the first seven months of trading, and a profit before tax of £2.8m. Profits after tax were nearly £2.2m.

It emerged earlier this year that Admiral owns 90% of the joint venture, which the accounts said employs 83 people.

Admiral Group’s most recent annual results said the personal injury referral fee ban reduced its revenue per vehicle by £4 – meaning £12m in total. However, “Admiral expects this reduction in revenue will be offset by reductions in claims costs”.

Admiral also owns 90% of a separate joint venture ABS, BDE Limited, with Cardiff firm Cordner Lewis, which handles claims from the group’s other brands, including Elephant. Its accounts show it made £273,000 in profits on £1.5m turnover in the first seven months of trading.

Admiral Law’s accounts noted that with legal fees being its only source of income, “legal or regulatory developments to reduce legal fees and/or the volume of personal injury claims will directly impact [the company’s] caseloads and income”.