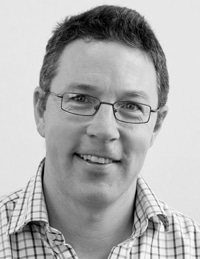 Savill: said in November that he hopes firm works with number of insurers

Admiral Insurance and national law firm Lyons Davidson – which received its alternative business structure (ABS) licence in November – are having talks about linking up, but it will not involve the law firm being acquired, Legal Futures can report.

If a deal is agreed, it would be the most significant development in the personal injury market to date ahead of April’s Jackson reforms and introduction of the referral fee ban.

The Mail on Sunday reported yesterday: “The insurer is understood to be looking to buy Bristol-based claims specialist Lyons Davidson, taking advantage of new rules that allow people other than lawyers to own law firms. A source said that there was an ‘arrangement in hand’ or ‘imminent’ between the two, though it is unclear exactly how any deal would be structured.

“Admiral’s move could trigger a wave of similar actions by other insurers, even though effectively finding a way around the referral ban is likely to prove controversial.”

In a statement issued this morning, the law firm said: “In relation to current press speculation, Lyons Davidson would like to make it clear for its staff and clients that Lyons Davidson is not being acquired by any insurer or other organisation and is not involved in any discussions to do so.  Other than that we have no comment to make.” Admiral also had no comment.

However, Legal Futures understands that talks between the pair are ongoing over other possible arrangements – a joint venture ABS is an option being explored widely in the insurance market – but it seems unlikely that any deal will be exclusive.

Speaking to Legal Futures after Lyons Davidson received its ABS licence, managing director Mark Savill said: “We are talking to a number of different organisations about how they should respond to the changes that will be introduced [in April]. Our ABS licence is an important element that allows us to deliver some innovative solutions beyond helping them to build stand-alone ABS companies…

“Our ABS strategy is looking not just at services for individuals injured in road accidents. Our emphasis is on working with well-known brands to enhance our personal legal services, securing access for customers and policyholders to a wide range of products where they can be confident about the price, delivery and service.”

He indicated that Lyons Davidson would not be tying up with a single insurer. “We’ve always worked with a number of insurers and are hoping to continue to do that,” he said.