Acquisition by Helphire will “future-proof” NewLaw in shrinking PI marketplace 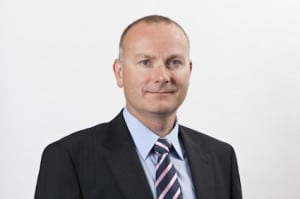 Dicken: opening up new sectors of the market

The law firm acquired last week by accident management giant Helphire believes it has secured its place in a future slimmed-down personal injury market, and will be one of the ‘last men standing’ now it can offer a one-stop shop.

Philip Dicken, strategic partnership director of Cardiff-based NewLaw, which was acquired by Helphire in a deal potentially worth over £40m, told Legal Futures that the purchase would accelerate the firm’s growth by enhancing its access to capital and “greatly increase its flexibility in the way that we can offer accident management and personal injury services”.

He continued: “What this does is opens up new sectors of the market to us because we now have a one-stop shop for an accident management capability that we didn’t have as a law firm operating on our own.

“Now, from that first point of contact, we can extend everything from hire, to repair, to personal injury services and get the ball rolling on day one from the very first phone call in a very compliant way.”

He said the firm would act “as swiftly as possible” to “seize the opportunity in the market”, adding: “Some of the conversations we are having with businesses in the market have now taken on a whole new complexion with some of the additional services we can now bring to the table – so that will happen very, very quickly.”

Helphire, which has worked closely with NewLaw for several years, takes over not just the law firm – which mainly handles personal injury but also other consumer-related services including wills and probate – but also companies involved in the provision of medical reports, costs drafting and employment law advice.

Mr Dicken said the firm’s four joint venture alternative business structures with insurers and fleet managers were all operating as law firms in their own right and NewLaw was “absolutely committed” to this strategy. He predicted a new joint venture would be announced before long. “We certainly don’t intend stopping there.”

Being part of a large group meant NewLaw’s future was assured in a competitive and shrinking personal injury market. “It’s not unforeseeable that we will get to a point at some stage in the future where there will be half a dozen large businesses operating in the sector, and I think… we have taken this step to secure our place amongst that number.”

He explained that while acquisition by a third party had not been “the end-game when NewLaw was founded in 2004”, the firm had steadily evolved towards more of a corporate structure and it then became “something the business became aware of as a potential, and certainly the possibility to encourage external investment”.

Access to capital and “financial freedom” were key benefits of acquisition, he said. “When you try and grow a personal injury law firm from scratch, it’s a very hard thing to do because it’s a very cash-hungry business and if you want to grow in a prudent way, with the idea of building long-term sustainable success, it’s not easy.

“You have to acquire the work and then pay to run the work with your staff and your premises until the case settles, so you’re always chasing your tail a little bit. This gives us the working capital now to fund more rapid expansion.”

NewLaw’s personnel across its Cardiff, Bristol and Basingstoke offices had taken enthusiastically to news of the acquisition, said Mr Dicken. The firm had reassured employees it was “business as usual” and that there were no plans to “rationalise” staffing. “There has been a degree of insecurity in the personal injury market, understandably”, he said.

In terms of disruption to the business post-acquisition, the fact that contracts with Helphire were already in place, with service level agreements, meant “it’s actually a very smooth transition”, he said. “It will largely be business as usual for the operational side of NewLaw. The senior management will remain precisely as we are; there will be no change in the leadership of the business.”