Acquisition fall-out led to firm being sold to consolidator 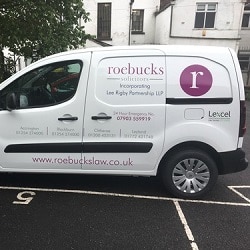 An acquisition that cost more than anticipated and caused overstaffing was a primary cause of the difficulties that led to Blackburn firm Roebucks going into administration and being bought by consolidator AWH Legal in a pre-pack, it has emerged.

A report by joint administrators at FRP Advisory also showed how Roebucks suffered from cash-flow problems that its bank, NatWest, was not prepared to tolerate.

AWH – which says it plans £100m worth of acquisitions in the next two years – last month made Roebucks its first purchase outside of personal injury.

There was one other bidder for the firm, but it only wanted certain parts of the practice and planned to make three-quarters of the staff redundant; AWH has taken on all 55 staff.

The report showed that five-partner Roebucks was a profitable business, with a turnover in the year to March 2018 of £2.6m and profit after tax of £230,000.

In May 2017, Roebucks acquired the Lee Rigby Partnership in Leyland. When FRP was called in by NatWest in February this year, it found that the costs of the deal were more than anticipated “and it had taken longer to integrate staff and work methods”.

Further, Roebucks was “significantly overstaffed” on the administration/support side, partly as a result of the acquisition.

Other problems were stamp duty money no longer being processed through the firm’s current account – which had until then effectively increased the cash availability – and £312,000 of short-term loans from various lenders which were used to fund work in progress, practising certificates and VAT.

FRP said all of these issues were solvable, but there was a significant funding shortfall based on existing facilities.

Roebucks asked NatWest to increase its overdraft facility from £350,000 to £550,000 – which projections showed would be sufficient to assist operations over the following year while the short-term loans were repaid – but the bank declined.

This led to Roebucks being put up for sale and the deal with AWH, under which it is paying 25p in the pound for trade debtors and 10p in the pound for work in progress. Its liability for the full TUPE transfer of staff was put at £427,000.

NatWest is owed in total is £733,000, £347,000 under the overdraft facility and secured by fixed and floating charges over the firm’s assets, and £386,000 secured against the firm’s offices in Blackburn. Recovery prospects for the bank were “largely dependent” on the sale of these properties, FRP said.

There will be a dividend for unsecured creditors, although this is unlikely to be much – it is currently estimated that FRP will have around £12,000 to share out.

Abdul Hussain, managing director of AWH Legal, will be speaking at our PI Futures conference on 25 September in Manchester. There are still a small number of tickets available.