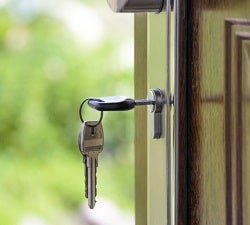 An accounts clerk at a west London law firm who faced false allegations of sexually harassing a fellow employee – who was the daughter of the owner – has won his claim of unfair constructive dismissal.

After winning his claim first time around, he won it again on a reconsideration of the question of whether he had affirmed the firm’s breaches due to the time he took to resign.

The case brought by a Mr Z Habib against Asghar & Co. In July 2014, he came into the office to find that his desk had been “disposed of”. The same day the daughter of principal solicitor Mohammed Asghar, who was also a solicitor at the firm, alleged that Mr Habib had sexually harassed her.

The judge said Mr Habib “would have to have been engaged with such an event before it could be said that he had affirmed the breaches”.

He added: “In practical terms, it is very difficult to see how this relationship could have been rescued. The respondent did nothing to rescue it. The claimant did nothing to waive his position to claim a constructive dismissal.”

Judge Smail also accepted that that resignation was difficult for Mr Habib in his circumstances.

“This was the claimant’s first and only job in the UK having arrived from Afghanistan with very poor English and very few skills. The claimant had learned all of his skills in this employment.

“He lacked formal training and qualifications. His prospects of obtaining alternative employment were uncertain. He was the sole breadwinner of a family with five children. At one point he did have a close relationship with Mr Asghar.

“Against that background, the claimant was entitled to wait and see, particularly whilst off ill, as to whether there would be resolution. He was entitled to accept the breaches when he did.”