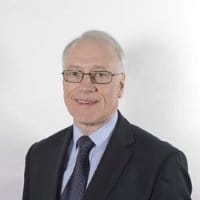 A financial health analysis of law firms based on annual accounts has predicted that at least 500 firms are heading for collapse in the next three years, with law firms at greater financial risk than businesses as a whole.

The consultant who commissioned the computer-based research said the toll could be higher still and advised firms that had not already done so to turn to technology and adopt a business-like approach.

Business consultancy Opus Restructuring said yesterday that more than 2,000 firms were under threat and a quarter of them were likely to fail.

The figures were supplied by financial health tracker Company Watch, which uses algorithms that analyse the latest company data publicly available. It selects comparable businesses, in terms of size and sector, and looks at the situations of those that have failed in the past.

The report comes hard on the heels of news that more than 30,000 staff at law firms and other businesses could be at risk if government personal injury reforms proceeded.

Opus’s business risk adviser, Nick Hood, told Legal Futures that the analysis found just over a third of the more than 6,000 solicitors’ practices whose data it assessed were in its ‘warning area’, compared to about a quarter of businesses across the economy as a whole.

Mr Hood, who previously spent five years as a risk analyst at Company Watch, said that statistically one in four – 500 – would be expected to fail over the next three years, but the number could be higher: “Given how tricky things are in the legal sector, the attrition rates among solicitors’ practices could be higher than that statistical average.”

He advised that this was “a time for remembering that a solicitor’s practice is not just a professional services firm, it’s a business. They need to be run like businesses – maintain tight cash flow management [and] tight overhead control.”

He continued that law firms’ use of technology was crucial: “There is little doubt that the firms that have good technology and are not frightened to use it are going to come out of this better than the ones who are trusting to old-fashioned and inefficient methodology.”

He said “middle-rank, mid-market, and slightly bigger firms” that had not yet adopted fixed fees needed to change fast, although he acknowledged that moving from billable hours to “value-based fee charging” was “not an easy transition”.

Mr Hood – a one-time insolvency specialist who also had a spell as a non-executive director of legal costs firm Kain Knight – urged firms to swap partner managers for business people: “I wince every time I hear about a lawyer I know well being made managing partner of some firm and thinking ‘the time for lawyers managing legal practices has gone’ – they’ve got to be run by business-minded executives.”

He explained the Company Watch data was sound because the model was comparing like with like; differences between the running of solicitors’ practices and other businesses would be “ironed out” by the algorithm used.