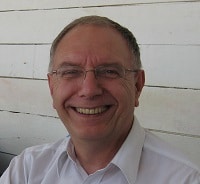 The Institute of Chartered Accountants in England and Wales (ICAEW) has warned that it will “reconsider whether it wishes to remain as a legal services regulator” if the government insists that regulators are fully independent from their professional bodies.

The long-awaited consultation on this is said to be imminent.

The ICAEW, which last week abandoned plans to regulate accountants providing litigation and advocacy services in tax cases, warned that total separation would be a “retrograde step”.

It also said the Legal Services Board (LSB) should see the legal and accountancy professions as part of the solution “rather than a problem to be removed”.

The accountancy body was responding to an LSB vision paper, published last year, which argued strongly for complete independence for regulators, a move promised in December 2015 by the government. The reform was also backed by the Competition and Markets Authority (CMA) in its final report last month.

However, the ICAEW said it was concerned that the “important benefits” of the existing regime had not been given “any proper consideration” in the vision paper before the LSB concluded that separation was “a panacea for all regulatory ills”.

The ICAEW went on: “The vision paper fails to recognise, and take into account, that the accountability of the regulatory arm to the member bodies is as much a strength as it is a weakness.”

The accountancy body said the tension between its representative and regulatory arms helped ensure that regulation was “focused, proportionate and commercially practical”.

The ICAEW said none of the oversight bodies for other services it regulated, such as audit, insolvency and investment advice, “sought to impose a requirement for separation” and there would be “no sound evidential basis” to do so.

Without naming names, it said the “localised problems” of one or two legal services regulators could be addressed “by alternative means”, particularly improved governance.

“As ICAEW’s current structure is considered suitable by its other oversight regulators, and it currently does not have a significant input in the legal services market, the imposition of separation to achieve independence could force ICAEW to reconsider whether it wishes to remain as a legal services regulator.

“We believe this would be a retrograde step when it currently licenses half of the multi-disciplinary practices licensed as alternative business structures under the Act.

On the issue of regulation by activity rather than title, the ICAEW said: “Title is linked to qualification and qualification is linked to professional competency, standards and quality of service – all extremely important in safeguarding the public interest and protecting the consumer.

“They have a role in in judging quality and therefore making a choice. We feel these important aspects are overlooked by the vision paper.”

The ICAEW said the LSB was “misguided” in the “apparent side-lining of the professions” in some of recommendations, and the professions should be seen as part of the solution “rather than a problem to be removed”.

It opposed the introduction of a single legal services regulator, saying there were “inherent political and judicial risks” and it would suffer from “complacency and lack of accountability”.

Peter James, head of regulatory affairs at the ICAEW, said publication was “imminent” of a government consultation paper, promised most recently by the Ministry of Justice in October last year, on the full separation of legal regulators from representative bodies.

Mr James said such a move would be “highly costly and disruptive” for the ICAEW, which regulated 3,000 firms for audit and 2,300 for financial services, compared with less than 250 for probate services.

He argued that some involvement by professional organisations was essential to ensure that regulation was “practical and proportionate”.

He added that the accountancy body believed that imposing a “one size fits all” solution to legal services regulation would be a mistake, and the forthcoming consultation should offer flexibility.