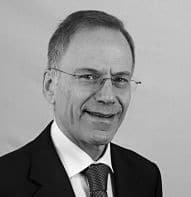 Michael Caplan QC, one of the few solicitor QCs and a partner at Kingsley Napley for over 30 years, has been recruited by the Institute of Chartered Accountants in England and Wales (ICAEW) to head its new regulatory board.

The appointment panel was chaired by another solicitor, Dame Janet Gaymer, a leading employment lawyer.

The number of accountancy firms authorised or licensed by the ICAEW to provide probate services passed 100 this summer. Among them were 69 alternative business structures.

The ICAEW said it set up the new regulatory board to “enhance further” the distinction between its representative and regulatory roles, following a governance review carried out by Sir Christopher Kelly. It also puts the ICAEW in line with Legal Services Board requirements for separation of regulation and representation.

Sir Christopher is a former permanent secretary who became chairman of the Committee on Standards in Public Life and last year published a report on The Co-operative Bank.

Mr Caplan, a former chairman of the Solicitors Association of Higher Court Advocates, has acted as a part-time Crown Court judge for many years and is authorised to sit as a deputy High Court judge.

Dame Janet commented: “As an independent panel, we were set the task of finding an inaugural chair for the ICAEW regulatory board, who not only has the skills to drive the creation of the new structure but who also has the necessary experience and stature to command public confidence.

“With Michael Caplan, we believe we have found the right person to take on this role.”

Mr Caplan commented: “As chair, I want to ensure that ICAEW has a regulatory board in place that helps to maintain public confidence in ICAEW as a regulator and in the reputation of the accountancy profession more generally.

“I look forward to working with the board’s members and ICAEW staff as well as the profession’s oversight bodies.”