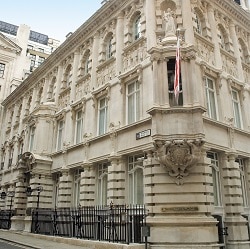 The Institute of Chartered Accountants in England and Wales (ICAEW) is finally set to impose compulsory price transparency on the accountancy firms that offer probate services – more than three years after solicitors and licensed conveyancers.

With the Legal Services Board (LSB) approving the new regime, the ICAEW is the last legal regulator to adopt mandatory rules, having attempted unsuccessfully to achieve compliance among the 340 probate firms it regulates through voluntary guidance.

Probate firms regulated by the ICAEW have until 1 February 2022 to comply with new rules requiring them to state fees and service details on their websites, along with information on complaints, insurance and compensation.

The Solicitors Regulation Authority and Council for Licensed Conveyancers were the first to introduce compulsory publication of price and service information by law firms in December 2018.

The ICAEW introduced voluntary guidance on the issue in 2019, the only legal regulator to take a voluntary approach.

Launching a consultation on mandatory rules last summer, the ICAEW described the response to the voluntary guidance as “disappointing”.

The LSB said compliance with the new rules would be monitored through the ICAEW’s “quality assurance cycle”. Newly accredited probate firms are visited within the first two years, while other visits follow a “risk-based approach”.

The LSB said the accountancy body had acknowledged that there was a “low risk that some firms may not implement the required changes” but was confident that its existing compliance process was strong enough.

The ICAEW said firms were aware of the new rules and overall compliance with regulatory requirements was good.

The LSB said: “We expect that ICAEW will respond to any evidence of non-compliance that it uncovers through its quality assurance monitoring.

“We also expect ICAEW to be able to demonstrate appropriate escalation in relation to any firms that continue not to comply with these requirements when they become mandatory.”

The ICAEW told the oversight regulator that firms would be alerted to the changes by messages containing a link to the rules, through specialist publications and the ICAEW website, among other methods.

In its application to the LSB for approval of the new rules, the ICAEW said: “By default, those seeking a probate practitioner are more likely than not doing so in circumstances that are difficult and distressing.

“It is important that consumers can access key information easily to enable them to make important decisions as easily as possible.”

The ICAEW went on: “In a marketplace where historically probate services were the sole domain of solicitors, any initiative that assists consumer awareness of other providers enhances the consumers ability to make a choice based on their needs.

“It is noted that the proposed changes are similar to those undertaken by other regulatory bodies in the legal services market. If, as is hoped, all providers in the market are transparent in pricing and the services provided, this should assist in driving competition.”