Accountants bring the one-stop shop to Cornwall with new ABS 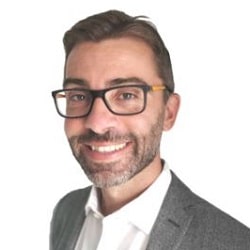 An accountancy firm in Cornwall has set up an alternative business structure (ABS) to provide will writing, trusts and power of attorney services – which it says is the first one-stop shop of its kind in the county.

Nick Latimir, solicitor and director of RRL Wills, a sister company of RRL accountants, said there were “clear benefits” for clients in the joined-up approach.

“From my perspective there’s a clear alignment between the chartered tax advisers of RRL and will writing and trust drafting in terms of strategy.”

Mr Latimir said the ABS filled a “gap in the market” in Cornwall, an area with a strong demand for private client services, but where some small firms offered purely commercial services while other more traditional high street firms were suffering.

RRL accountants, regulated by the Institute of Chartered Accountants in England and Wales, is also authorised by institute to provide probate services. RRL Wills is regulated by the Solicitors Regulation Authority (SRA).

Mr Latimir said he would have been prevented from practising as a solicitor from RRL Wills unless it was regulated by the SRA.

He could have waited for the SRA’s handbook reforms this November, which would allow him to practise from an unregulated firm, but he wanted to get RRL Wills “on the road” and was “comfortable” with the public trust that went with being regulated by the SRA.

RRL Wills, like its parent company, has offices in Penzance and Truro, and is made up of Mr Latimir and one other solicitor, a chartered legal executive who ran her own firm and an associate CILEx member.

The ABS, which was awarded its license by the SRA earlier this month, is owned by RRL accountants. Mr Latimir is the COLP and Nick Skerratt, a partner at RRL accountants, the COFA.

Mr Latimir said the ABS would build up its business from referrals from its parent firm and increasing “brand awareness” in Truro, Penzance and throughout the county.

“There’s a lot of work in Cornwall, which we’re just tapping into. We have good relationships with local financial advisers and a good client base.”

As it was, the solicitor said he was “not concerned” by any negative impact from allowing solicitors to practise from unregulated firms.

Mr Latimir said that, although he had seen examples of work done by unregulated will writing firms which had concerned him, he was “fairly relaxed about allowing quality individuals to reach the wider market”.

He said this was partly because people were “clearly confused by companies offering drafting of wills and assume it will be done by a qualified individual when that may not be the case”.