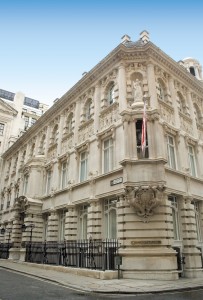 The Institute of Chartered Accountants in England and Wales (ICAEW) has accused banks, insurance companies and others of discriminating against accountants providing probate services, in favour of solicitors.

The ICAEW said “unwillingness by the banks to open separate client accounts except for solicitors” had led to accountancy firms “not being in compliance with the probate regulations”.

The institute has authorised 182 firms to provide probate services to date, including 124 alternative business structures.

In its response to the Competition and Markets Authority (CMA) review of legal services, the ICAEW said its problem with client accounts “was resolved in consultation with the British Banking Association”.

However, the ICAEW said a further problem was “refusal by insurance companies to release monies due on life policies of the deceased to anyone other than a solicitor or executor”.

This had “caused some difficulty for a newly-authorised practitioner dealing with vulnerable beneficiaries”.

The ICAEW said the problem had also now been “corrected”, along with two examples of organisations “giving uninformed advice to the consumer”.

The first was advice by the Probate Office website that executors “should seek a solicitor if they were unwilling to seek the grant of probate themselves”.

The second was “refusal by The London Gazette to take advertisements for beneficiaries” except from an executor or a solicitor, meaning that “a number of authorised individuals authorised by us for probate were initially unable to place such advertisements.”

The ICAEW said that in each case, the organisations involved “appeared not to have caught up with the consequences of the Legal Services Act as regards the wider sort of provider that can now provide reserved legal services”.

Elsewhere in its response, the ICAEW argued that strict separation of the regulatory and membership arms of the larger legal services regulators was “not necessarily the right approach” for smaller regulators.

The ICAEW said the “unitary body of regulator and membership” had “a number of strengths”, including “the continuous challenge to red tape” and the “voluntary protection and upholding of quality” by the membership body.

“This voluntary protection would be diluted by a separation as the willingness of the member bodies to commit themselves to a process over which they had no say or control would be weakened and the member firms themselves would question this arrangement.

“There are further issues about doubling of costs and overheads in running two separate organisations, and the loss of quality through limited exchange and access to technical information. All these are factors to be considered in a separation which would adversely affect the consumer.”

The ICAEW argued strongly against a single legal regulator. It said the CMA’s observation in its scoping document that multiple regulators “may be distorting the market” seemed to “suggest that a monopoly is a better solution”.

The ICAEW went on: “This seems to us a paradoxical position for the CMA and fails to consider the deeper reasons why such multiple regulators exist and are used in other regulated areas.

“The specialisms of the patent attorneys and notaries for example are part and parcel of the quality assurance… in niche areas of law and provides the breadth of choice.

The ICAEW complained, as it has done previously, that the process for approval of bodies that can authorise or license legal services is “extremely long and tortuous” and required “considerable investment” by the applicant.

Referring to its own experience of applying to the Legal Services Board in December 2012 and having to wait until July 2014 for parliamentary approval, it called on Parliament to have “greater trust” in the LSB to make changes.

The ICAEW described procedures and checks at the accreditation level as “extremely detailed and laborious and in our view over-engineered”, though a working party had now been set up with Ministry of Justice to see if the rules could be “less rigorous whilst sustaining the key objectives of the Act”.