Accountancy and legal ABS adds architects to the mix 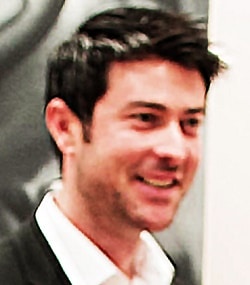 Wadling: aim is to maximise integration of services

A multi-disciplinary alternative business structure (ABS) is offering property clients the chance to be advised by a solicitor, accountant and architect at the same time.

In addition to the deal with H&C Architects, Z Group is also continuing to expand its core areas with acquisitions.

Z Group became an ABS last year with the aim of offering clients a one-stop service.

Sam Wadling, Z Group’s client relationship manager, said: “We used to recommend H&C as architects, and they bought into our whole idea of a joined-up service and decided to come on board.

“Now if clients come along for legal work, we can also offer architecture, design, planning and feasibility services and, because of our accountants, make sure everything is done in the most tax-efficient way.”

Zahid Hussein, a former high-flying banker and accountant, set up Z Group with Graeme Wood, a partner in Solicitors First. Mr Hussein, managing director of the Z Group, had previously bought the Wimbledon branch of an accountancy firm.

Mr Wadling said that since that time Z Group had purchased two further accountancy practices, both niche firms based in central London.

Meanwhile, on the legal side, the group was currently in the process of buying a small local law firm with a large bank of wills.

“Our aim is to maximise the integration of our services. Ideally, we would like to offer more services to larger clients. A lot of our clients are quite heavily involved in the property market, whether it’s buy to let or development work. Architecture is a natural fit.”

Mr Wadling said Nigel Husband from H&C had become a director of the Z Group, alongside Mr Hussein and Mr Wood.

He said that the ABS had six staff on the architecture side, five in legal, nine in accountancy, half a dozen administrative staff and five consultants.

Mr Hussein set up Z Group after working as a City analyst at Nomura and Citigroup, and before that at Lehman Brothers.

Mr Wadling said the architects had also redesigned Z Group’s offices in Wimbledon so the three professions sat together.