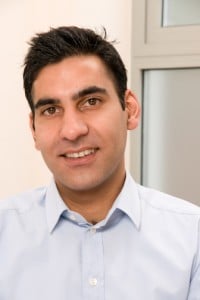 A former high-flying banker, who worked at Lehman Brothers before the crash, has told Legal Futures how he developed a plan to set up a pioneering alternative business structure while travelling in Vietnam.

Zahid Hussein, managing director of the Z Group, said he went travelling after working for Lehman Brothers, until it went bankrupt in 2008, and then as a senior analyst at Nomura and Citigroup.

“I decided I would either set up my own private equity fund or do something else,” Mr Hussein, an accountant, said.

He said the idea for an ABS came partly from the legal and accountancy fees paid by his family’s property business – which were running at around £20,000 and £30,000 a year.

“It occurred to me that I could take over the legal and accountancy functions,” he said.

However, on his return to England in 2013, Mr Hussein ended up running the Wimbledon branch of medium-sized accountants Haines Watts, which he went on to buy.

“The Wimbledon office had been set up by my father, who later sold it to Haines Watts, so essentially I bought it back,” Mr Hussein said.

He explained that while travelling, he had discussed his ABS plans with Graeme Wood, a local solicitor and partner in Solicitors First.

Mr Hussein and Mr Wood brought in consultants Legal Eye to advise on an ABS application to the Solicitors Regulation Authority, which was granted in April this year.

The two men are directors of Z Group, which has around 30 staff. Mr Hussein is hoping to recruit a third member of the legal team by the end of the year and increase legal turnover from £400,000 to £1m.

“Our clients are often business owners with a couple of kids,” he said. “They don’t feel like millionaires, although they’re doing very well, and they don’t want aggressive tax planning.

“What we can provide is an integrated service for all their needs, whether they are buying a house, getting a will or setting up and selling a business.

“We’re a one-stop shop. When you’re dealing with a will, there’s no point in looking only at the legal perspective. You need to bring in the tax planning at an early stage.

“There is nobody in the market who is doing what we are doing. It’s really quite exciting”.

Mr Hussein said he hoped to expand Z Group’s legal work from conveyancing and wills into corporate next year, and use the family property company to buy the firm an office in central London.