AccessSolicitor to mine public data in latest ‘find a lawyer’ venture 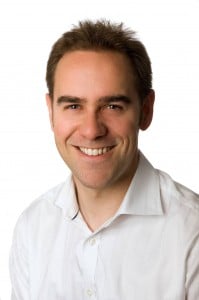 An online legal directory aiming to aggregate the publicly available data about lawyers – including complaints information from the Legal Ombudsman – has launched with the outline details of nearly 13,000 lawyers.

AccessSolicitor.com has gone live in its ‘proof of concept’ phase, setting the framework for a site which founder Warren Smith said will become far more detailed over the coming months.

Mr Smith – who qualified at City firm SNR Denton before working in legal and commercial roles at leading media companies, most recently Endemol – said the business is backed by “several high net-worth investors and venture capitalists”.

The 13,000 profiles of solicitors, barristers, chartered legal executives and licensed conveyancers came from commercially available sources, which AccessSolicitor then verified.

At the moment the site just lists firms/chambers and their practice areas, along with details of some individual lawyers at those practices – specialism, qualification and for how long they have been qualified.

This is to be augmented by a range of publicly available information, with AccessSolicitor approaching the profession’s regulators for access to their professional registers – openness that has been strongly advocated by the Legal Services Consumer Panel.

Mr Smith said he has also met the Legal Services Board and made contact with the Legal Ombudsman about using the data it publishes on complaints.

He explained that once the site has been populated with the additional data, a host of new features will be introduced and users will be able to search via a range of detailed criteria, with a “complicated algorithm” helping them to identify suitable lawyers

Firms are currently listed for free as Mr Smith said he wanted to build its credibility with the profession – even without any marketing to consumers and SMEs, which will not start until next year, the site has already been receiving 10,000 unique visitors a month.

Once lawyers begin to receive “quality leads” through the site, Mr Smith said, they will be able to pay for additional features, although the basic listing will remain free. This is likely to begin in early 2014. Lawyers can ask to be removed from the site.

AccessSolicitor is also developing legal guides in conjunction with the University of Westminster’s law school.

While there are already several ‘find a lawyer’ websites, Mr Smith said “a lot are doing it badly”, aggregating some data without verifying it. AccessSolicitor will offer “much greater depth”.