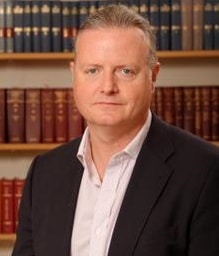 The claim by insurers that the UK is the “whiplash capital of Europe” is a flimsy one based on unreliable data that has been cherry picked to support “specific reform agendas”, an academic has argued.

Ken Oliphant, professor of tort law at Bristol University, said this cast doubt on suggestions that fraudulent or exaggerated whiplash claims are common, raising the risk that “reform will be driven by a desire to address a largely illusory problem”.

Professor Oliphant, former director of the Institute for European Tort Law in Vienna, was responding in a personal capacity to the justice select committee’s call for evidence on the government’s personal injury reforms.

Both have since been called off because of the impending election – although could yet be revived after 8 June – but the committee last week published the submissions it received.

Professor Oliphant said the evidence to support the claim that the UK is the whiplash capital of the world – which has been repeated by the government – is “very flimsy”.

He said: “Such evidence as there is has been misleadingly and tendentiously presented by participants in the public debate about the alleged ‘compensation culture’. Actually, the same evidence makes clear that, by most measures, the UK is not the whiplash capital of the world or even of Europe.”

The main “supposed evidence” came from a “flawed” study by the Comité Européen des Assurances (CEA) in 2004, he said.

“The methodology employed is not stated but anomalies in the results suggest it must have been inadequate for the production of reliable data. It seems very likely that the various national insurance associations that supplied the data were simply counting different things.

“Only eight national associations provided data relating to whiplash claims. Even if one ignores these deficiencies, it is apparent that that data do not provide robust support for the ‘whiplash capital’ claims made by the Association of British Insurers (ABI) and others.”

Professor Oliphant said the data actually showed that Italy had nearly 50% more whiplash claims in the period surveyed than the UK and paid out more than twice as much in compensation too.

“The average cost of a whiplash claim in the UK was lower too – not just than in Italy but in more than half of the other countries for which data were supplied. On average, whiplash claims in Switzerland cost ten times as much as in the UK; in the Netherlands, almost six times as much; in Norway, more than twice as much.

“It was only on the arguably less significant measure of whiplash claims as a percentage of bodily injury claims that the UK came top of the comparative rankings. Italy had many more bodily injury claims in total – and the overall cost of such claims in Italy, Germany, France and even Spain was higher than in the UK.”

The academic said the CEA data could in fact be used as the basis for a number of rival ‘compensation capital’ claims, including that either Italy or Switzerland were the whiplash capitals of Europe.

“Though the CEA study is now rather dated, no subsequent study has collated data across the same range of measures.

“The ABI presented updated statistics to the House of Commons transport committee in 2013, but these were only for the number of whiplash claims as a percentage of all bodily injury claims in 2013 and they ignored the other measures included in the CEA study – including the overall number, overall cost and average cost of whiplash claims – in respect of which the UK came behind other countries in the comparative rankings.

“For only the UK and four other countries from the 2004 study did the ABI even supply data. Even on this new data, it could be said that the new ‘whiplash capital’ of Europe was not the UK but France, in which in the years since the CEA study the number of whiplash claims (as a percentage of bodily injury claims) had risen to 10 times what it had been before, while the corresponding rise in the UK was by only 2.6%.”

Professor Oliphant said that though there have been specific instances in which fraudulent whiplash claims have been exposed in the UK, “there is a lack of reliable evidence as to extent of the problems of fraud and exaggeration, and a corresponding concern that – as with the ‘whiplash capital’ claim – unreliable data will be used as the basis of tendentious interventions in the public debate.”

He concluded: “This disregard for real evidence in turn raises the concern that reform will be driven by a desire to stop rare instances of abuse of the system, and thus to address a largely illusory or at least a more limited problem, while subordinating the interests of the majority of injured persons whose claims for compensation are entirely ‘genuine’.”