Abuser fails in argument that ‘Covid pressure’ made conviction unsafe 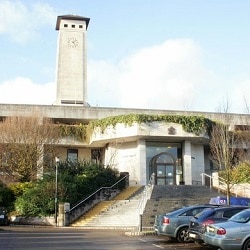 The Court of Appeal has refused a man leave to appeal his conviction on the ground that the jury may have felt under pressure to return a verdict because the coronavirus crisis was developing.

‘GP’, who was convicted on five counts of abusing two girls, argued that his conviction was unsafe.

His trial began at Newport Crown Court late on Monday 16 March, with the verdicts handed down on Friday 20 March.

In the intervening period, there were daily government Covid briefings, while the Lord Chief Justice had announced that no new Crown Court trials would start if they were to last longer than three days.

Also, the judge in the only other trial going on in the courthouse that week – a multi-handed murder trial – discharged the jury on the Wednesday, with the local press reporting that it had been abandoned due to the coronavirus.

Unlike GP’s case, that trial was nowhere near an end – it was day 17 and the prosecution case had not yet been completed.

Counsel for GP, Jenny Yeo, submitted that it was likely the jury had heard about the other trial “and may have felt under pressure to conclude matters speedily to avoid returning to court the following week. They would have been aware that they were the only remaining jury in the building”.

In his summing-up late on the Thursday, His Honour Judge Richard Williams told the jury: “As I said to you yesterday, my concern was to get you to this stage in a timely fashion, in, given where we currently are, but now you take all the time that you need.”

Ms Yeo argued that, although the judge told the jury they had unlimited time to deliberate, the context implied that there was time pressure owing to the pandemic.

The Court of Appeal rejected this. “The reference in the judge’s remarks there to ‘where we currently are’ was clearly a reference to the developing situation so far as Covid-19 was concerned, because naturally that would have been on everyone’s mind in the country during that week,” said Mr Justice Spencer, giving the unanimous decision.

“That is very different from saying that the situation had developed to the point that it was inappropriate even to consider sending a jury out to deliberate that morning.”

Spencer J said the court was “not remotely persuaded” that the conviction was unsafe.

“This was a short trial, unlike the murder trial in the adjoining court. It is no more than speculation to suggest that the jury in the applicant’s trial would have thought it of any significance for their case that the other jury had been discharged.”

Spencer J noted that Ms Yeo did not raise a concern at the time that the jury might be feeling under time pressure.

“The reality here is that the jury had a full day of deliberations available to them, with no restriction on further time after that, if necessary. As it turned out, they needed only half-a-day. They required no further assistance from the judge.

“From the material placed before us, all the indications are that this was a diligent and conscientious jury. There is no reason whatsoever to think that any member of the jury was doing other than adhering fully and conscientiously to the oath they had taken at the start of the trial.”

GW, who is 38, was sentenced in June to 12 years’ imprisonment plus two years extended licence.