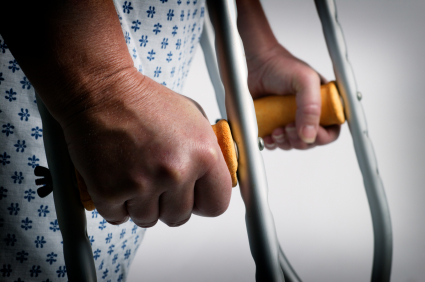 Personal injury: Growth slower than in other areas of consumer law

New competition since the introduction of alternative business structures (ABSs), along with client demands is changing the face of the legal market, research has suggested, with the number of ABSs now topping 1,000.

It also showed that approaching half of all law firms (44%) are incorporated companies, while the number of traditional partnerships has shrunk to only 17%.

“Seven years on, the number of law firms has not fallen significantly but many have reduced costs, and staffing, while some have dropped under-performing practice areas.

“This is a response to some new competition, and client demands for more flexible services and pricing.”

The cohort is made up of 697 regulated by the Solicitors Regulation Authority, 326 by the Institute of Chartered Accountants in England and Wales (solely to provide probate services), 61 by the Council for Licensed Conveyancers, 40 by the Intellectual Property Regulation Board and six by the Bar Standards Board. Some of those figures have since increased.

IRN said predictions that the number of law firms would fall significantly in the wake of ABSs have proven to be unfounded.

“However, looking beyond these overall numbers, there has been some downsizing in many firms and the dropping of under-performing practice areas.”

The report said the “flip side” of larger law firm closures was the emergence of new boutique and virtual firms, with the result that the total number of law firms had stabilised at 10,408 – an increase of 0.5% on the previous year.

This figure excludes LLPs, which made up another 15% of the total, leaving traditional partnerships, “for a long time the dominant model in the legal sector”, with a share of only 17%.

IRN also conducted a survey of 150 practitioners operating across the main consumer law areas. A majority (54%) reported volume growth in the last 12 months, although –apart from in wills and probate – this was down on the previous year.

As in 2016, the one practice area where only a minority witnessed volume growth was personal injury.

At the same time, revenue was up across the practices areas for 58% of respondents – although personal injury again lagged behind – while 65% expected this to happen over the coming year, with family lawyers particularly confident.