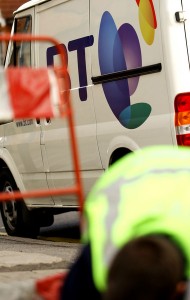 BT: in-house team to offer services to other companies

The number of in-house lawyers has not been affected by the economic crisis and alternative business structures (ABSs) offer general counsel an opportunity to expand their services, according to the Law Society.

The financial climate has altered employers’ expectations of their in-house teams, but in the past 10 years, the number of qualified solicitors working in commerce and industry increased by 137%.

A legal services market assessment published by the society said that total figure represents an annual growth rate of 9% between 2001 and 2011.

Further research in the report – the second of three assessments – shows that between 2002 and 2012, the number of employed solicitors in industry grew from 6,081 to 14,691. The number of organisations employing solicitors rose similarly from 2,350 to 3,989.

The recession has impacted on organisations being more cost and risk averse, with the report noting that ‘anecdotal evidence’ suggests in-house lawyers being brought on to projects much earlier and that general counsel are retaining more work in-house with departments growing in size rather than turning to external panel firms.

It also means that GCs are now required to have a greater understanding of their organisations’ global requirements.

The report suggested that ABSs could be one of the drivers for change in the in-house market.

Previously, in-house lawyers have been constrained in the advice they can provide outside of their business, but establishing legal teams as ABSs could allow an in-house team to offer services to clients outside their business, it said. Last week BT received an ABS licence to do exactly that.

The report said: “It is possible that loyalty (to ‘traditional’ firms) will be limited if new legal businesses emerge that offer quicker, more convenient, lower cost alternatives to low- and high-value work geared more to the interests of clients.”

The market assessment also looked at key drivers for change in the advocacy sector.

With the privately-funded bar reporting healthy turnover levels, it was the 6,000 plus state-funded practitioners that saw a freeze on legal aid spend hit income and volume.

Other factors affecting the advocacy market, according to the report, were regulation, buyer behaviours and technology.

Clients expecting more for less have sought alternative low-cost options and put pressure on fees, and direct access has enabled buyers to obtain advocacy services directly from barristers, it said.

Changes in legislation has led to a broader group of legal professionals acting as advocates at all court levels, with lower courts seeing work kept in-house.

The report said the total number of barristers has grown steadily to 15,581, but that the number of solicitor-advocates with higher rights of audience increased by 30% to nearly 5,000 between 2007 and 2011.

It stated: “Both solicitor-advocates and chartered legal executive advocates are eligible to attain rights of audience of the higher courts where, historically, only barristers were allowed to conduct paid advocacy. These groups, therefore, represent competition for barristers in respect of all advocacy work.”